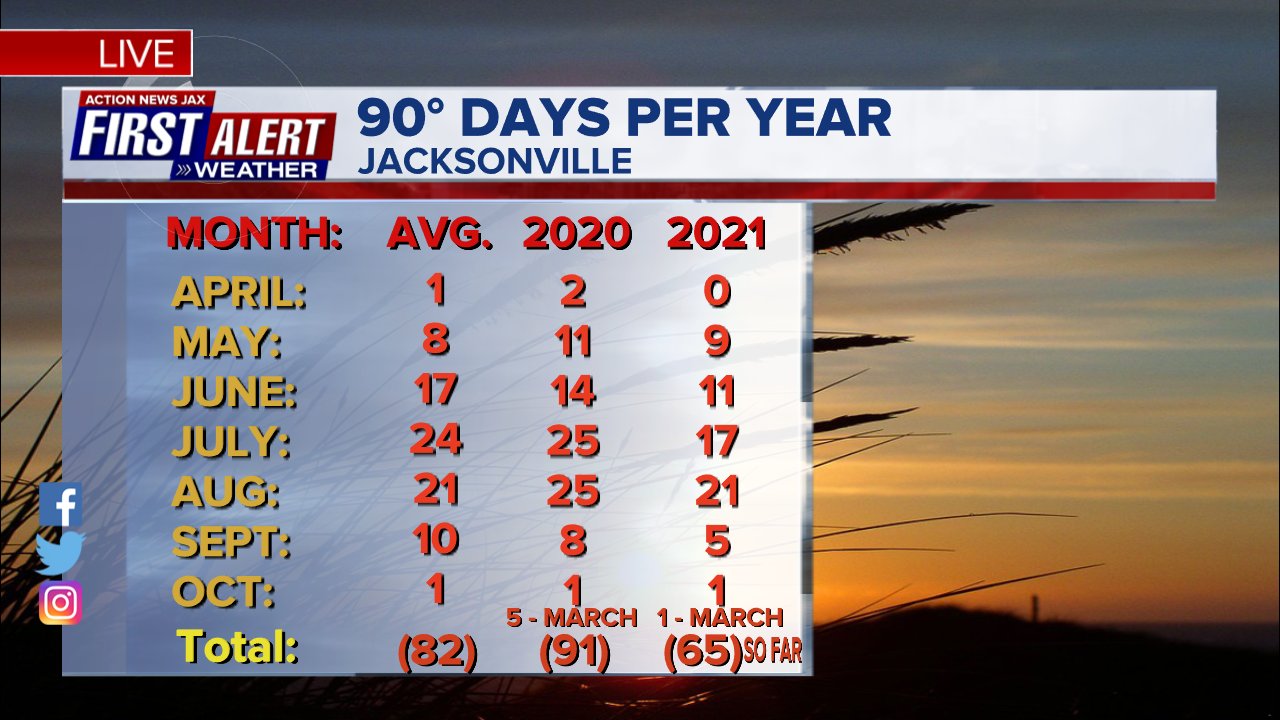 So the dog days of summer are just about here too. Take care of your pet’s paws!: 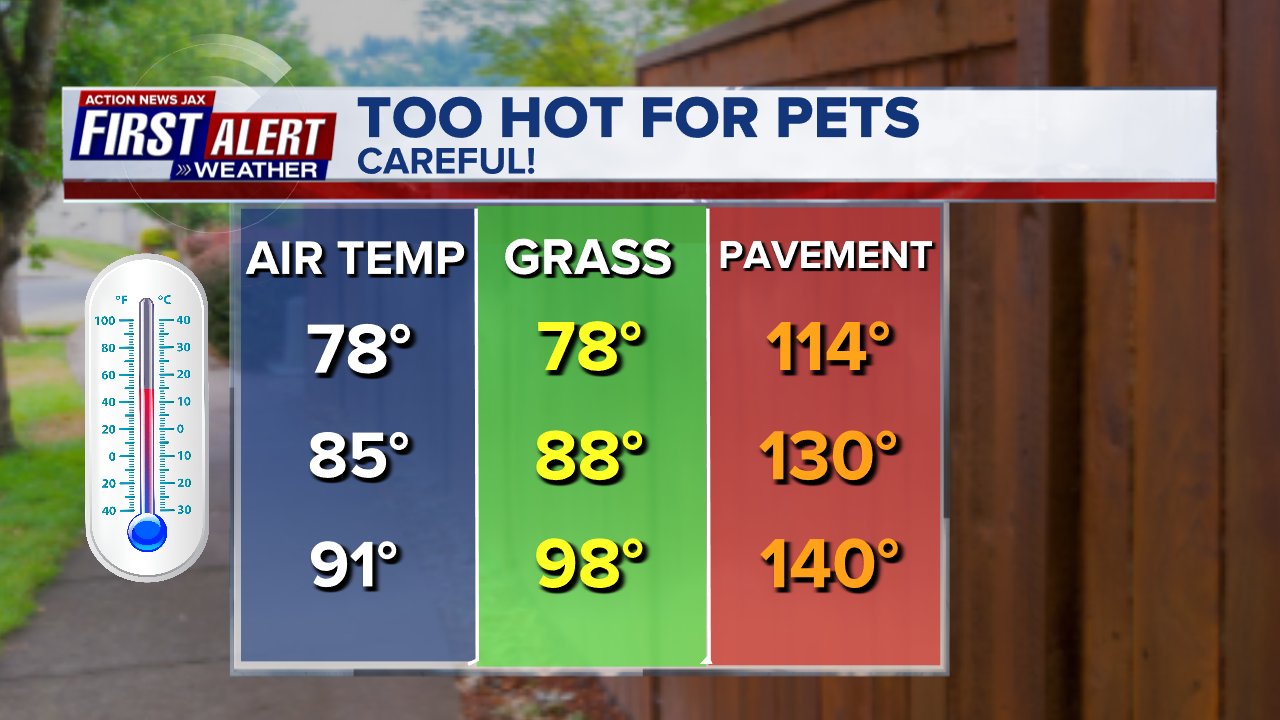 And it’s that time of year when we start to see dust plumes (Saharan Air Layer or SAL) spread west from Africa... sometimes all the way to the Caribbean, Gulf of Mexico & even Fl. & other parts of the Southeast U.S. For whatever reason - I assume a combination of social media & media grandiose headlines - Saharan dust is the news now more than ever. Understand:

* In itself, the dust is not typically harmful. But when the volume of the dust is especially dense, air quality can “suffer”. Such is not usually the case for NE Fl./SE Ga. because the SAL is typically “thinner” due to natural causes/mixing (wind, some of the particles have already fallen to the ground & much of the dust is at very high altitudes)

* the SAL is often accompanied by dry mid & upper level air as well strong winds (shear) so the SAL is many associated with a lack of tropical activity. But this is often over-emphasized. The historical 2005 hurricane season occurred despite strong bursts of SAL - the tropical cyclones simply “waited” until atmospheric conditions were more favorable for development/intensification. 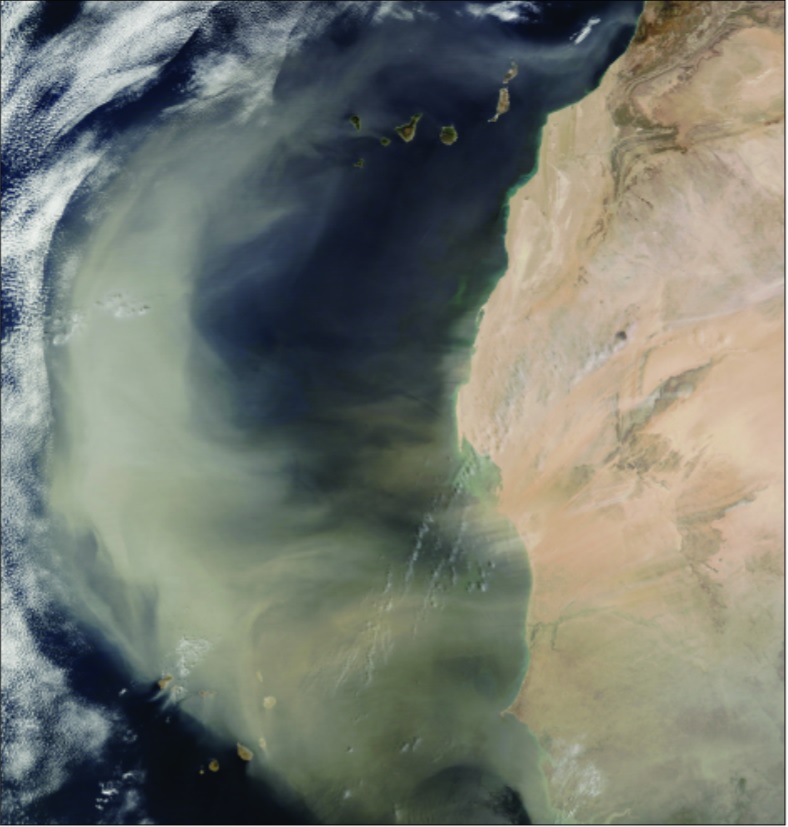 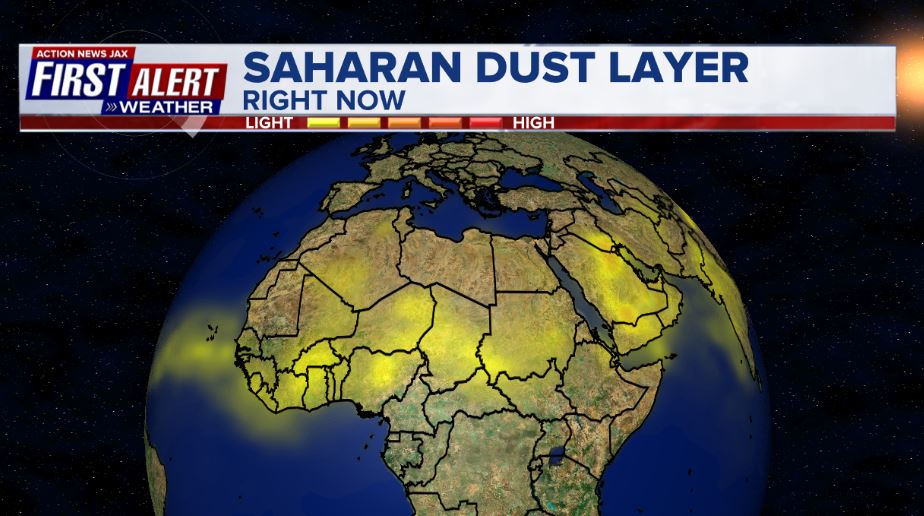 A good example below of SAL during the 2006 hurricane season. Far from “stopping” tropical development, two tropical cyclones are thriving just outside of the dust plume - not at all uncommon: