Buresh Blog: Hottest Days of the Year Just Around the Corner- Dogs & Your Car... Few Violent May Tornadoes

Jacksonville, FL. — “Talking the Tropics With Mike” update everyday during the hurricane season....

As we head deeper into June, the hottest days of the summer are just around the corner. Walking pets in the early morning & early evening makes it easier on the paws & grass, of course, better than pavement. 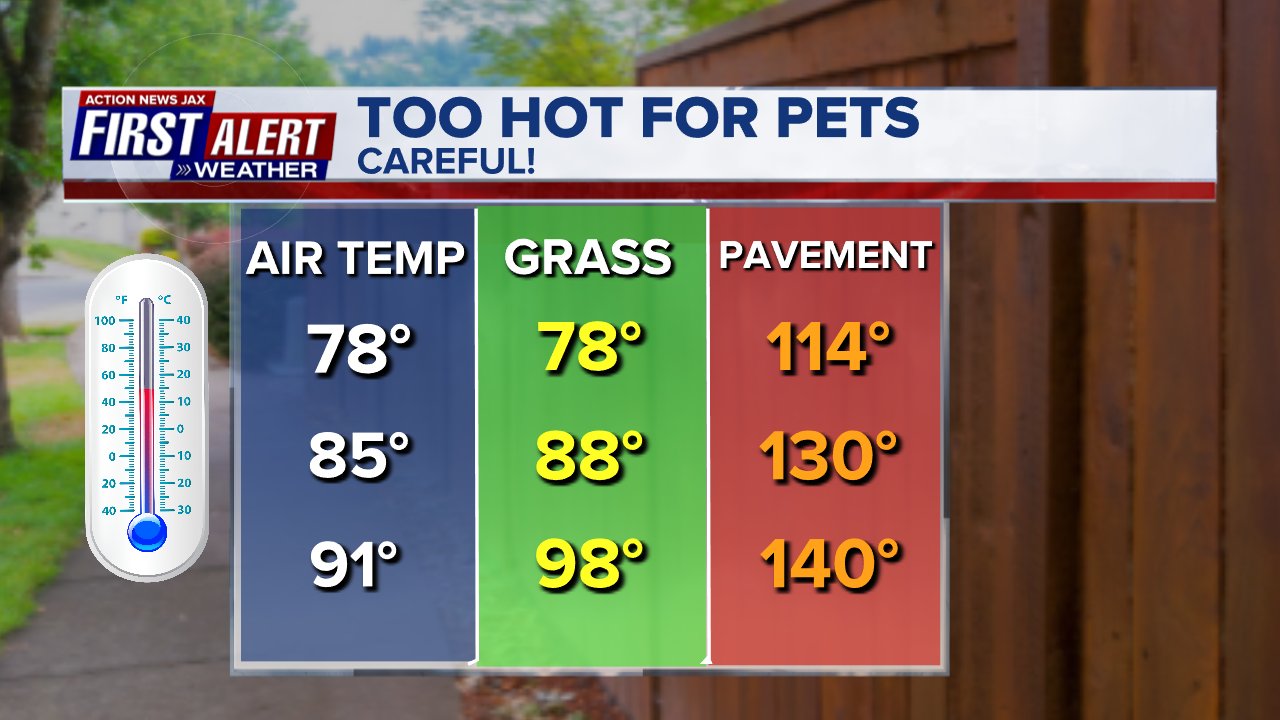 When it comes to our vehicles, hot outside means “boiling” inside. Make sure to double check the backseat before leaving your car locked with the windows up. 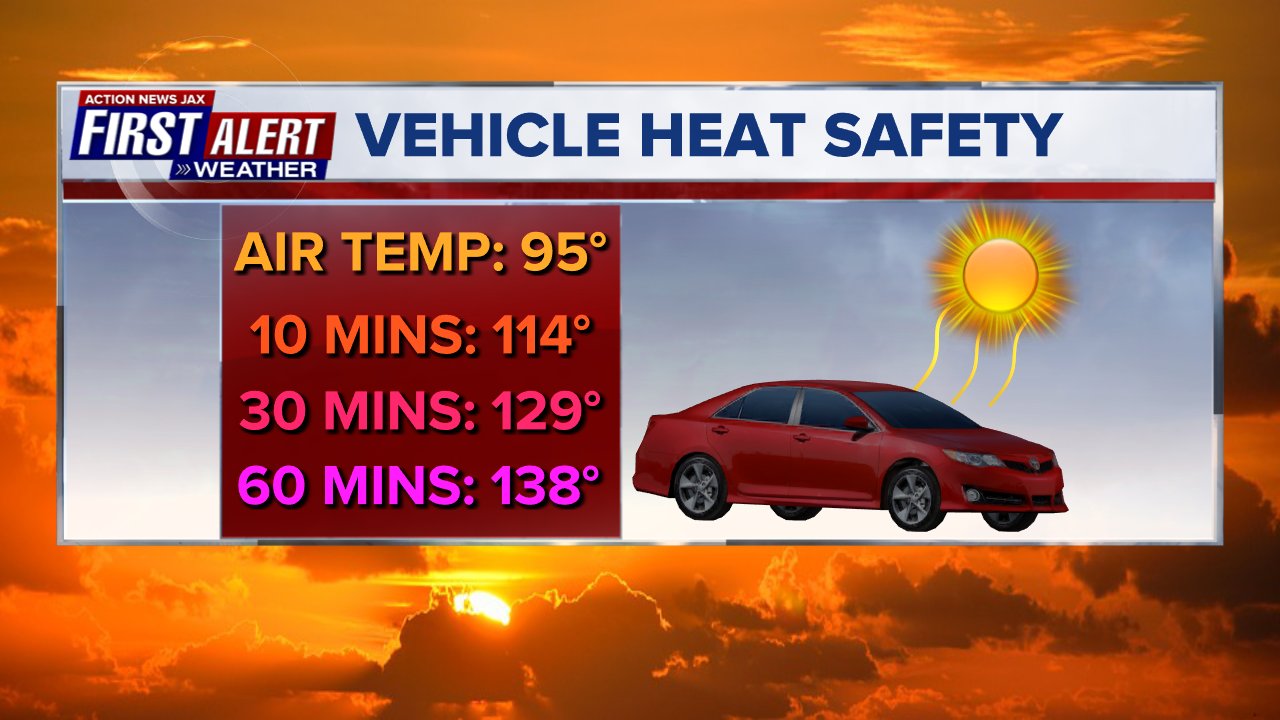 May is typically one of the busiest months for tornadoes for the Lower 48 of the U.S. Not so much this year (despite some over-the-top predictions). The month also had the 5th fewest EF-2 tornadoes with 8... & the 8th fewest tornado watches since 1970 with 25 watch “boxes”. There hasn’t been an EF-5 tornado in the U.S. in a record 8 years - Moore, Oklahoma in May, 2013. 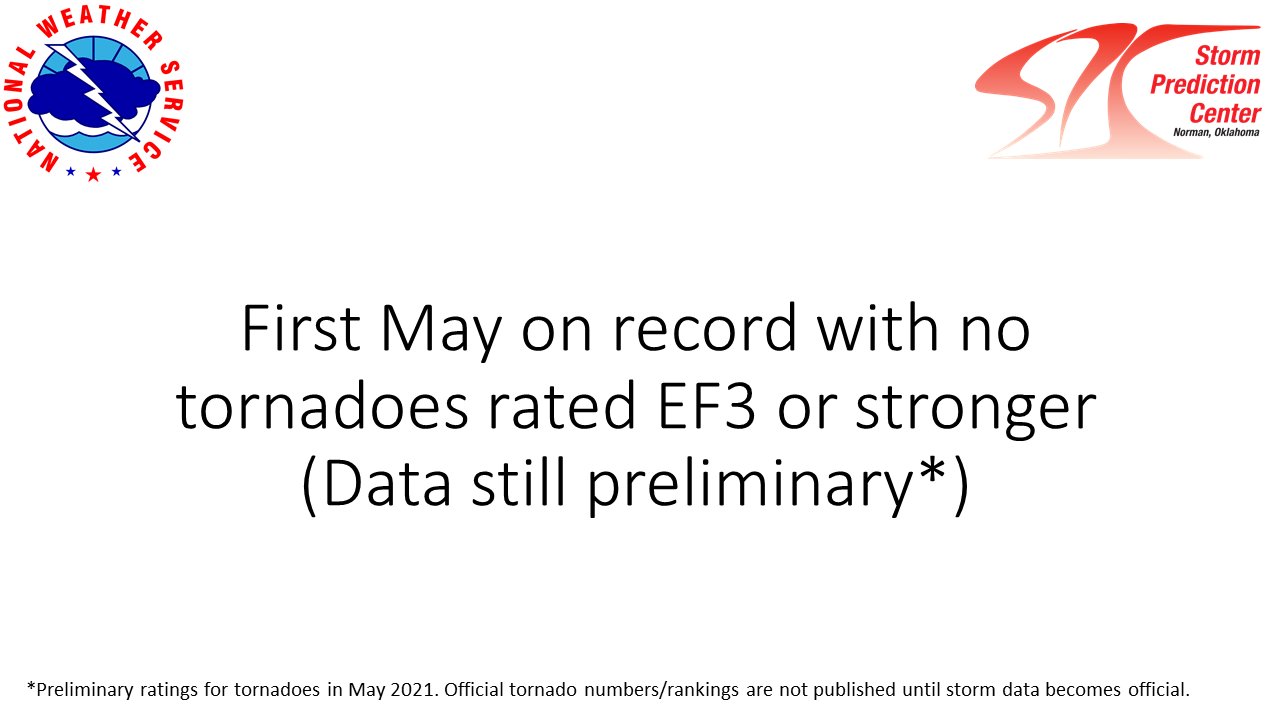 The National Hurricane Center had a busy “off season” after a hectic 2020 hurricane season. Post storm analysis is done for each storm once the season has ended. With 30 named storms last year, those reports went into June. The final analysis for the season was issued on June 9 - Eta which was another big hit on Central America. Click * here * to see & read the report. Eta weakened but still brought heavy rain to parts of Florida & the Eastern U.S.: 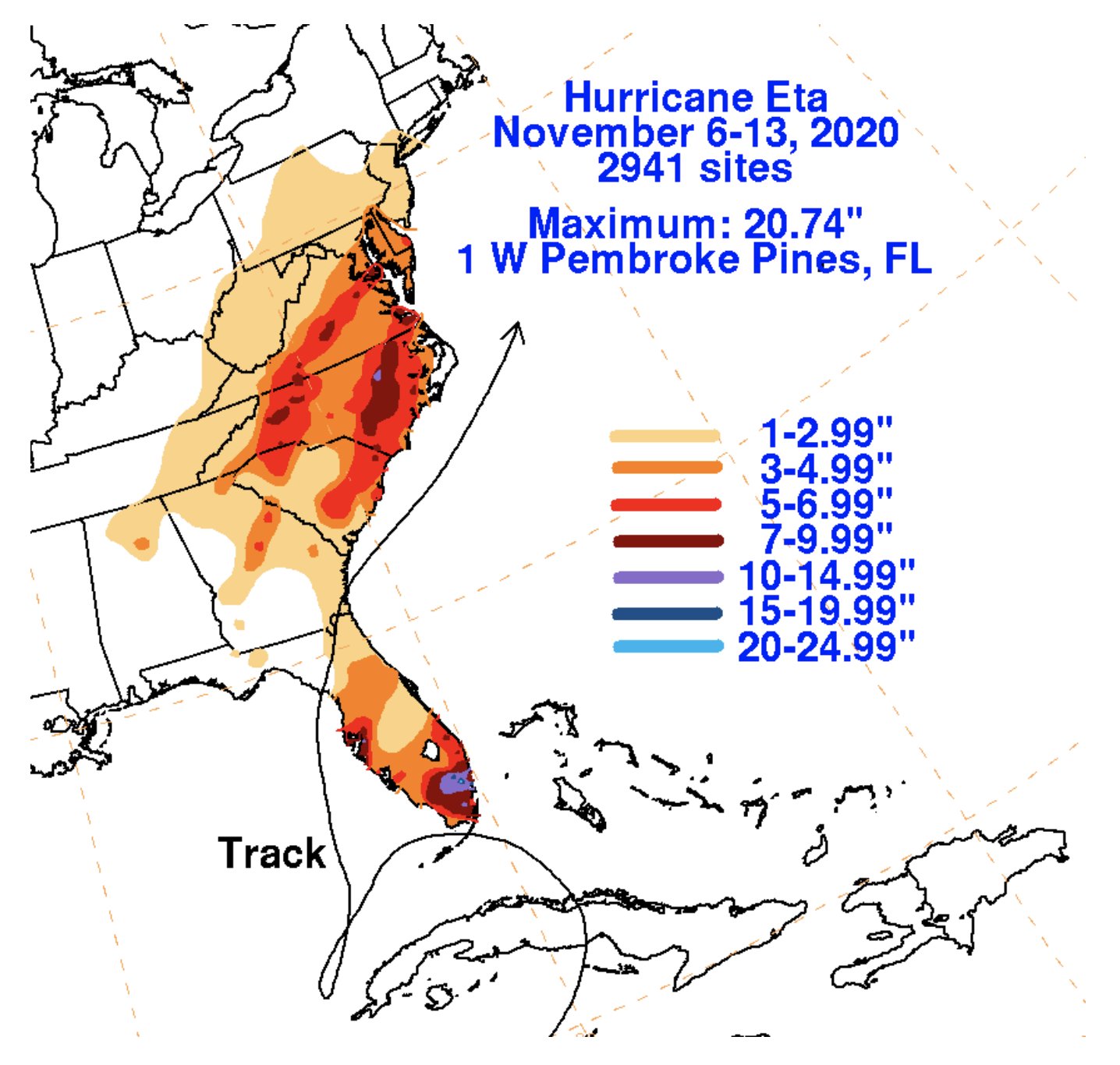