Jacksonville, FL — It’s getting to be that time of year - 90 degree temps.! Jacksonville averages 82 90-degree days per year with the majority from late May through early September. The average first 90 degree day at JIA is near the end of April - April 29th to be precise. 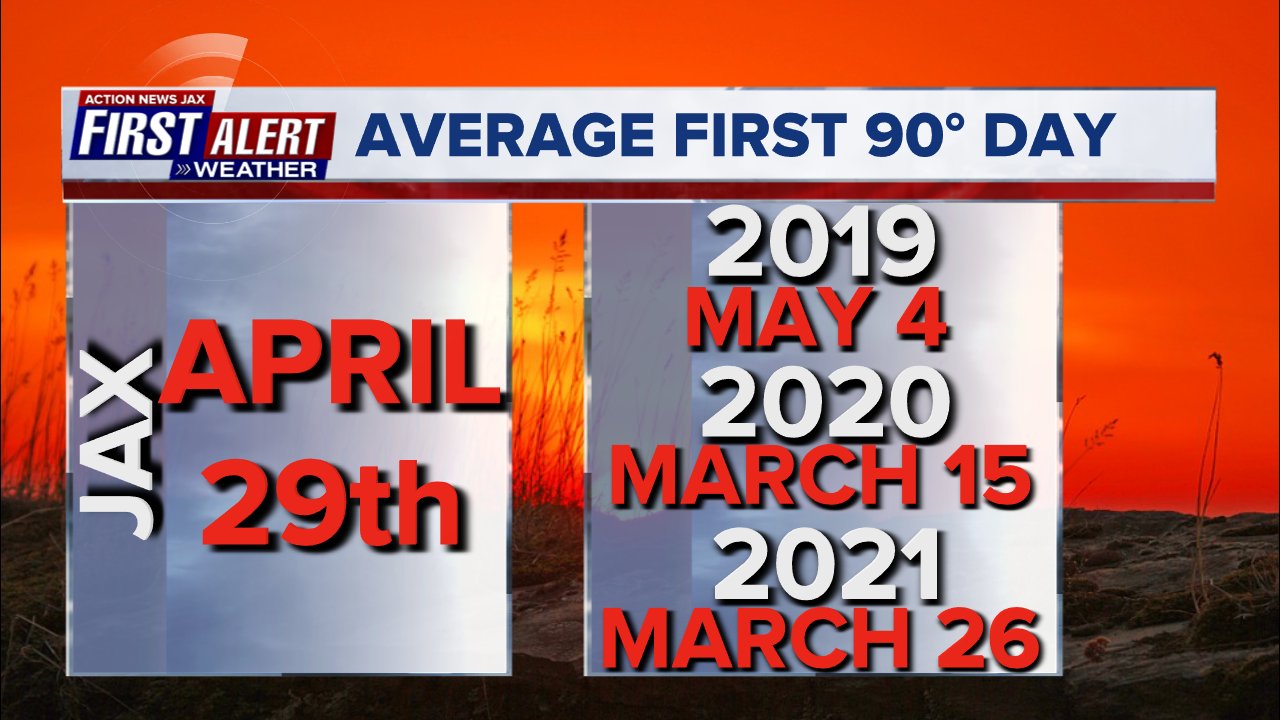 The avg. number of 90-degree days per year across the Lower 48: 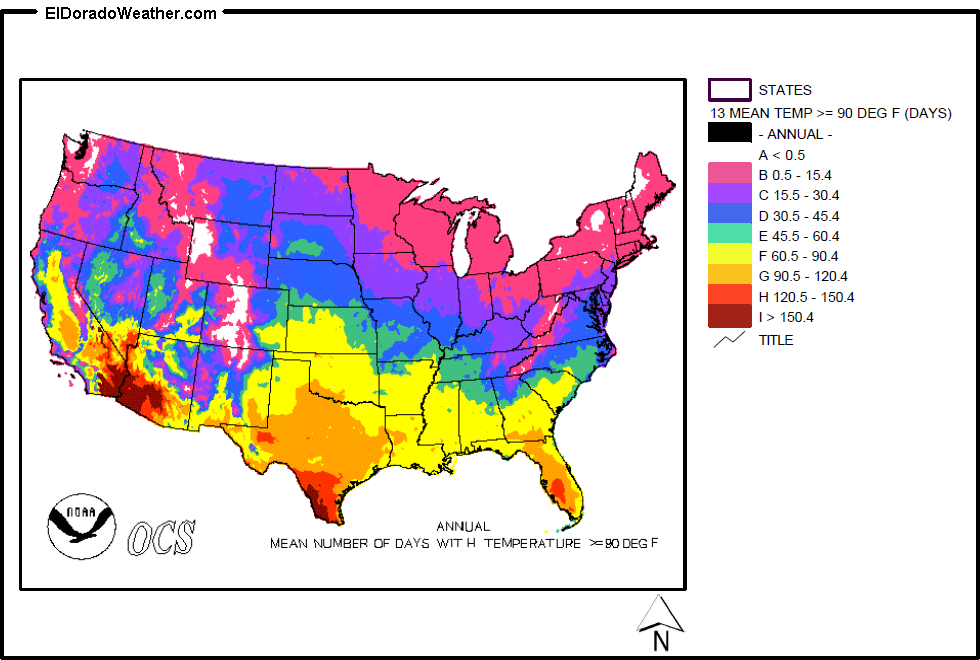 And so it would stand to reason that we see (feel) warmer temps. through May in the run-up to summer: 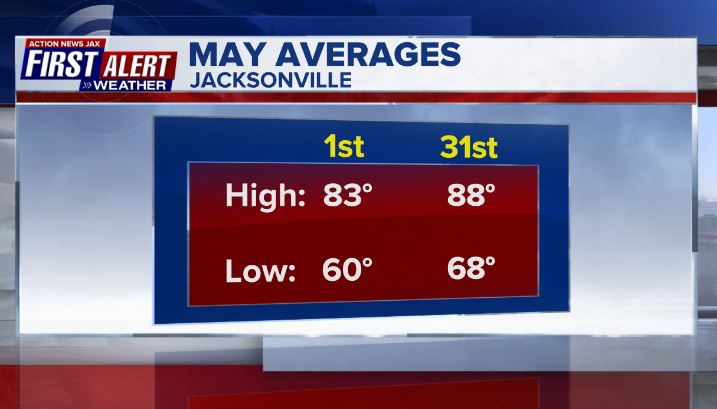 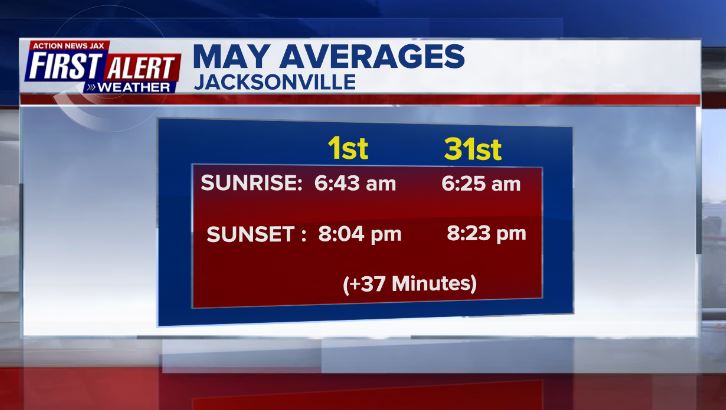 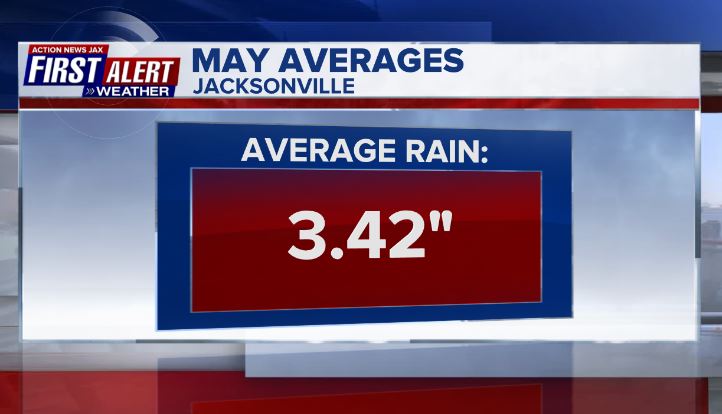 From Brian Brettschneider ... precipitation this year so far through April 21. Awfully dry west of the Mississippi River for the most part. Patchy dryness for the Eastern U.S. including parts of inland SE Ga. & South Florida. Jacksonville & NE Fl. have been wetter than avg. thanks to a very wet March & somewhat above avg. April. 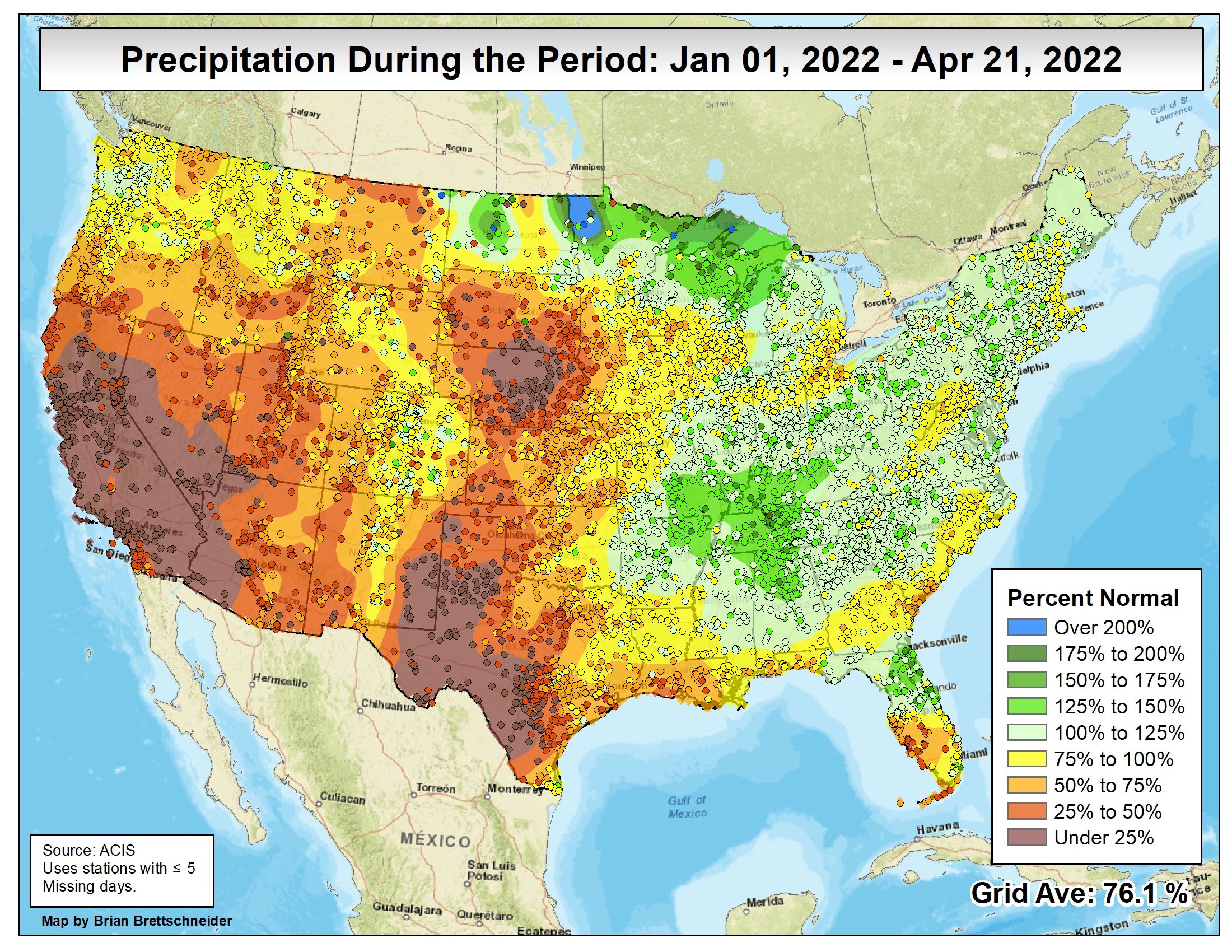 The World Meteorological Organization (WMO) retired ‘I’ from the 2021 list of Atlantic tropical cyclone names. Ida was a powerful Category 4 coming ashore late in Aug. on the southern coast of Louisiana. It so happens that ‘I’ has been the most retired letter since the naming convention began in the 1950s - 12 times... 2nd place - 9 retired names - goes to ‘C’ & ‘F’. Each year’s list of names is repeated every 6 years so Ida’s replacement - “Imani” - won’t appear until 2027. 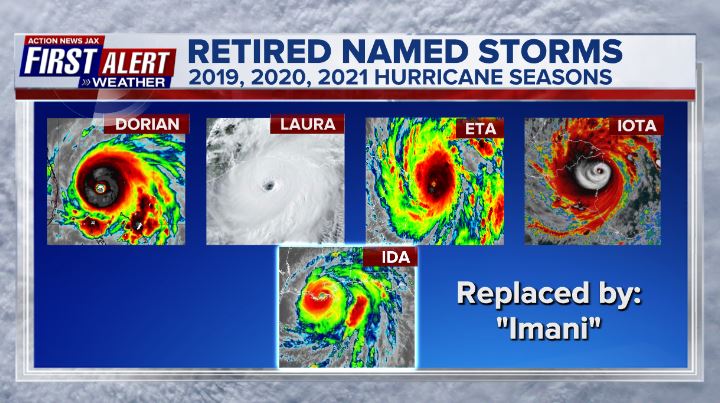 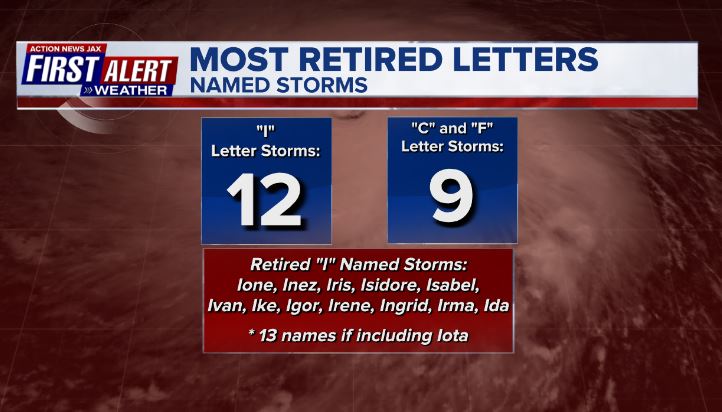 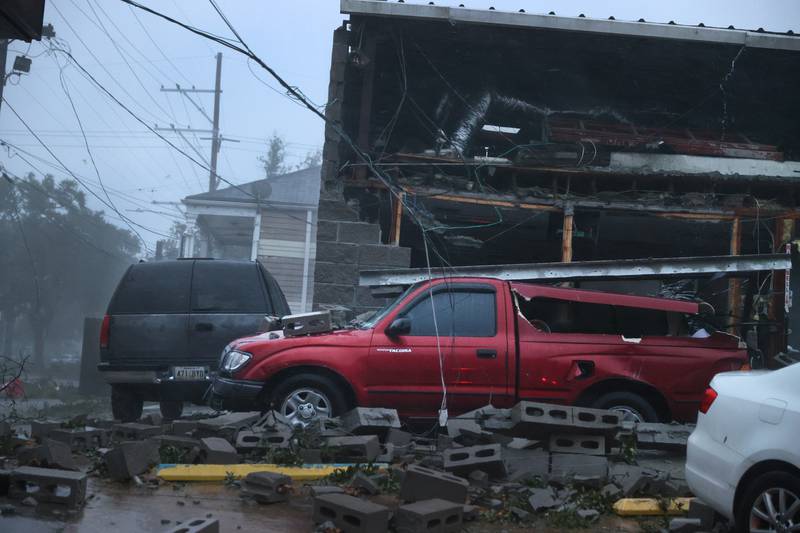 Speaking of hurricanes... the NHC has issued their verification report for the 2021 season - essentially how accurate were forecasts - track & intensity. The full report is * here *. Annual improvement in accuracy generally continue - not perfect but generally pretty darn good all things considered. 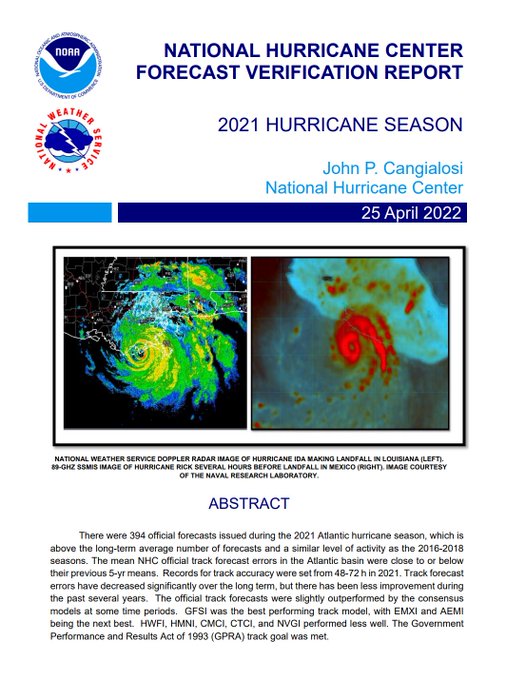 And the annual NHC webinars for 3rd through 8th graders has been scheduled May 5th at 9am EDT. Teachers have to sign up * here *.