Jacksonville, FL — “Talking the Tropics With Mike” - updated everyday through the hurricane season.

The iconic Jacksonville Beach pier finally reopened Wed., July 6th after 4+ years of renovations following hurricane Matthew in 2016 & tropical storm Irma in 2017. The pier was first opened in 1960 suffering heavy damage just a few years later courtesy hurricane Dora then again in 1979 from hurricane David. The pier was privately owned until shortly after 2000 which coincided with the the pier’s next serious storm damage from distant hurricane Floyd in 1999. Repairs from Floyd were not completed until 2004. The pier now has been raised about 8 feet with a design that’s intended to survive a “50 year” storm. In other words... it’s not indestructible.

Buresh on the history of the Jax Pier

Jacksonville is coming off a record dry June in what is typically the first month of the “wet season”. Early July has started out wetter with JIA already recording more rainfall through July 4th - 2.46″ - than all of June(!). 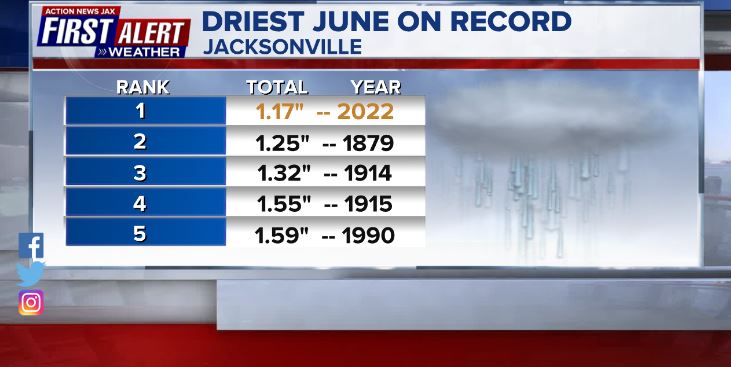 ADDITIONAL RAINFALL REPORTS FROM AROUND THE AREA FOR JUNE FROM THE JAX N.W.S.: 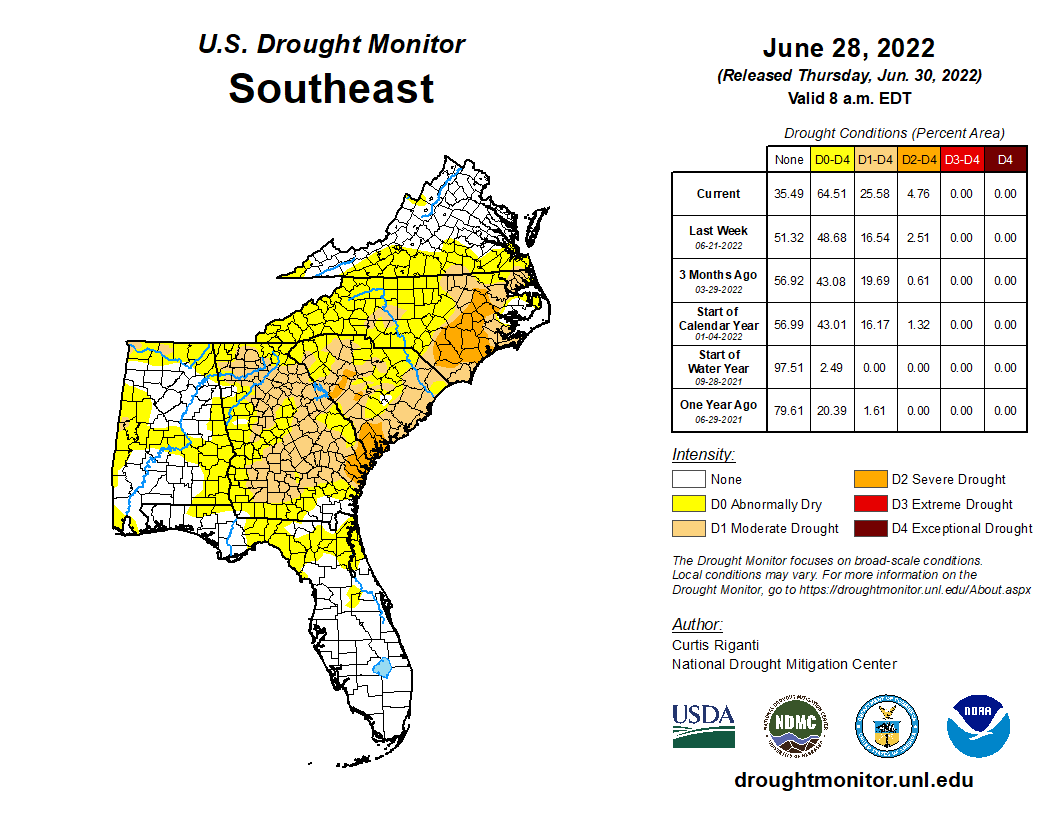 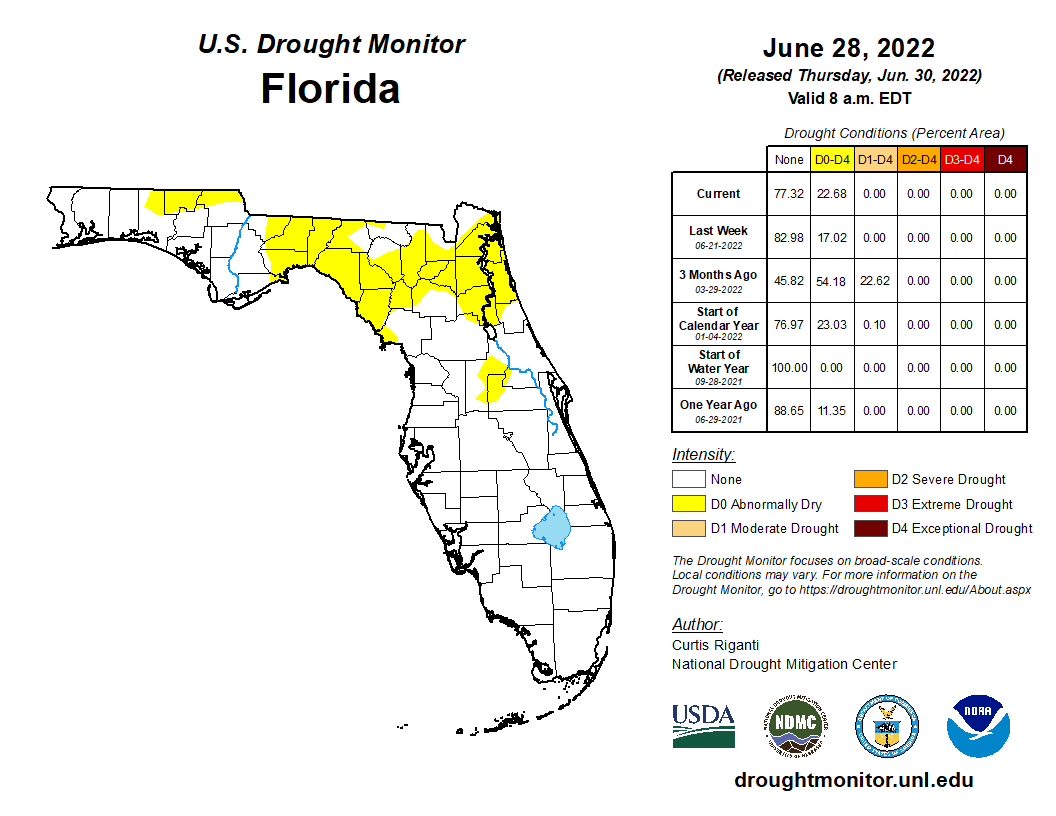 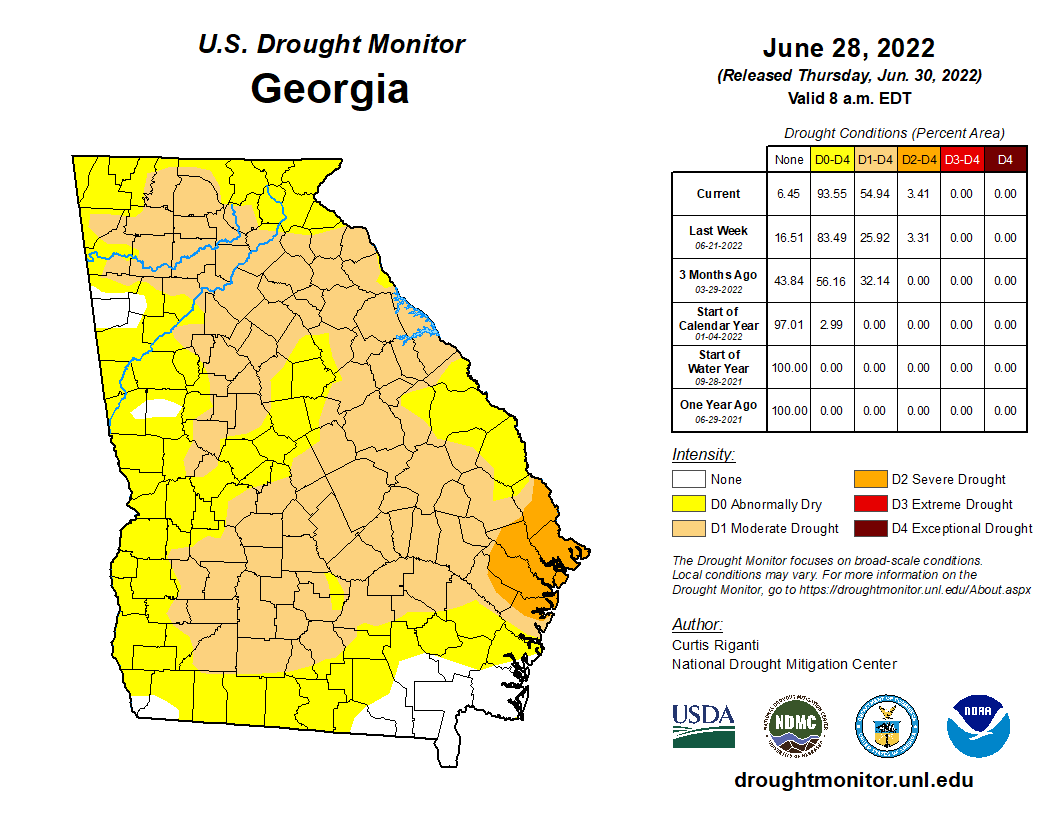 The July through mid Aug. night skies from Sky & Telescope:

July 15 (evening): The waning gibbous Moon rises in the east-southeast. It trails Saturn by a little less than 6°.

July 17 (dawn): A pretty sight greets early risers as Venus, Aldebaran, Mars, Jupiter, the waning gibbous Moon, and Saturn adorn the horizon from the east-northeast to the south-southwest. Catch this sight 45 minutes before sunup.

July 19 (morning): The Moon and Jupiter are high in the southeast and 3° apart.

July 21 (dawn): The Moon (now one day past last quarter) and Mars about 2½° apart high in the southeast.

July 26 (dawn): The thin lunar crescent and Venus are some 3½° apart in Gemini low in the east-northeast.

July 29–30 (night): If it’s clear, look for the Southern Delta Aquariid meteor shower during the hour before midnight and in the dark hours thereafter. The Moon, only a few days past new, won’t interfere with viewing.

Aug. 1 (dawn): Early risers will be greeted by the sight of Venus, Mars, Jupiter, and Saturn stretched in a long line from the east to the southwest.

Aug. 3 (dusk): Look to the southwest to see the waxing crescent Moon some 3° above Spica in Virgo.

Aug. 11 (evening): The full Moon and Saturn are 5° apart. Both will be visible until dawn.

Aug. 12–13 (all night): This year’s Perseid meteor shower peak coincides with the almost-full Moon, which will wash out all but the very brightest meteors. However, this is a notoriously long shower, and you could see Perseids as early as mid-July and well into the second half of August; seek out periods when the Moon interferes less.