Jacksonville, FL — “Talking the Tropics With Mike” - updated every day through the hurricane season. 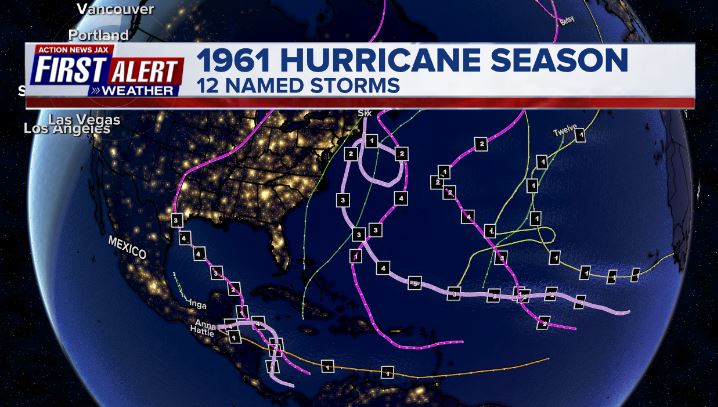 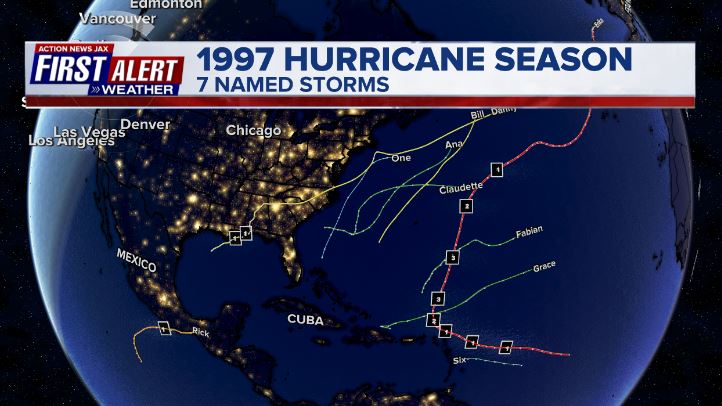 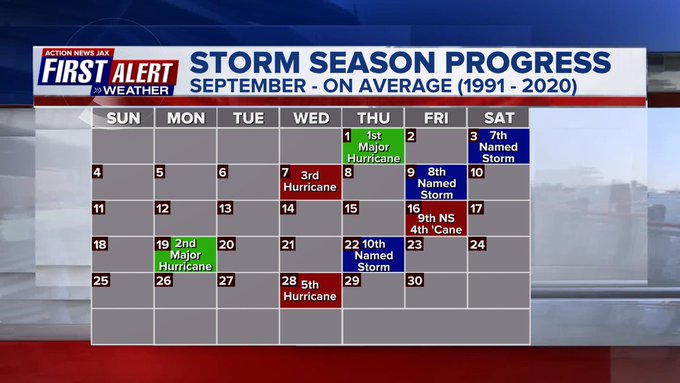 Meteorological summer (June/July/Aug.) is now behind us. For Jacksonville - just about avg. temps. despite an above avg. number of days 90+ - offset by some cooler nights... & wetter than avg. despite a very (record) dry June. 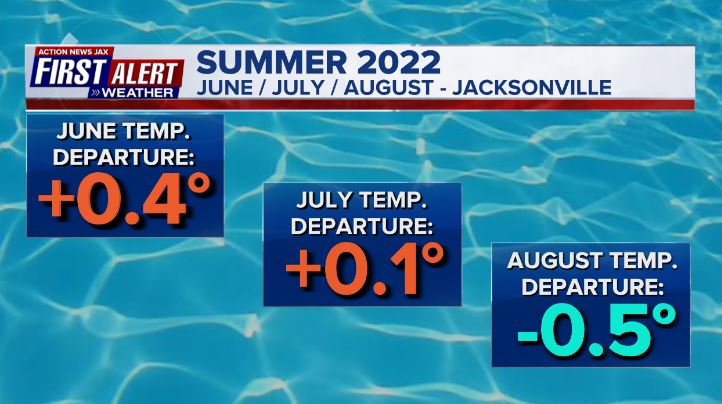 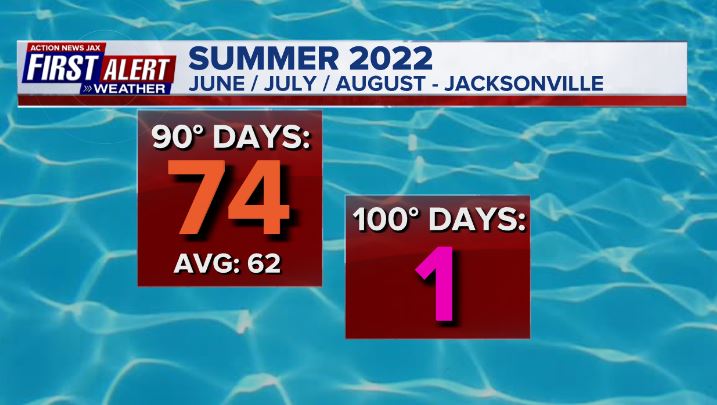 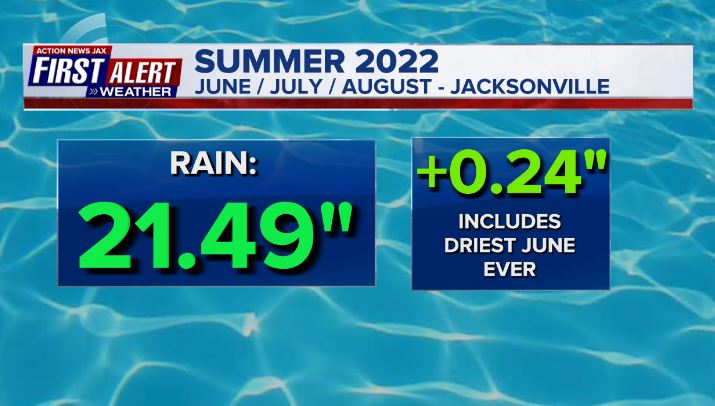 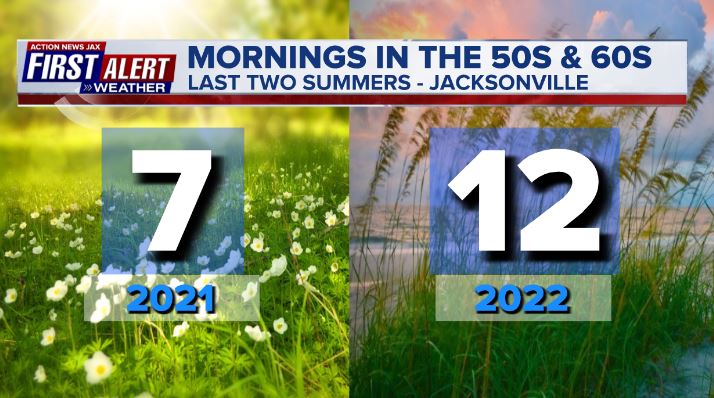 Nationally - temps. were warmer than avg. for a good part of the Lower 48 though generally not as extreme as one might have been led to believe. The hottest - compared to avg. - was over the Plains from Texas to S. Dakota. It’s worth noting that California was generally warmer than avg. but - again - *not* extreme. 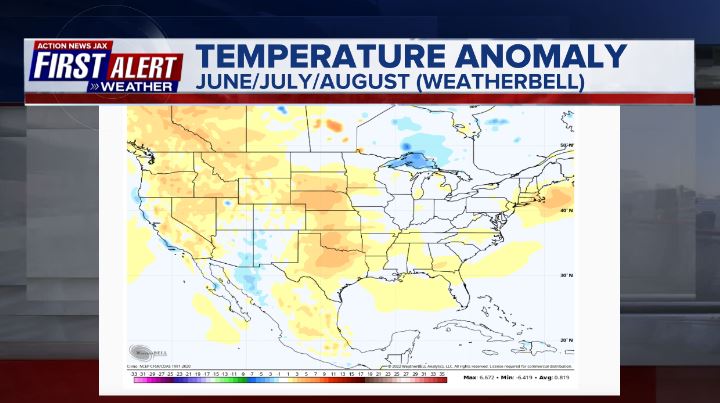 The last 10 -12 days of Aug. through Sept. 1 have been very stormy - even wetter than avg. in what is usually a wet time of year. Much of the credit goes to a persistent weak upper level trough that has helped to develop widespread storms almost every day. About 4.7″ of rain was measured at JIA but nearly 8″ fell at Action News Jax! The Aug. avg. is between 6 & 7″. The result has been some very stormy pics per my Twitter @mikefirstalert:

Almost seemed like a microburst at the end of this video. I chickened out and went inside. I’m guessing some gusts 40+. pic.twitter.com/ogWyBouYFA 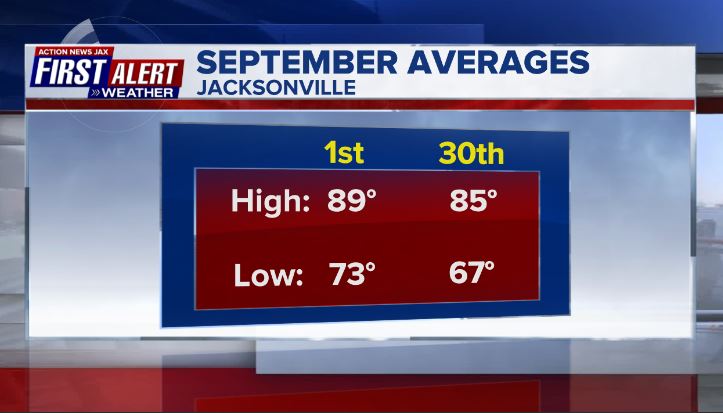 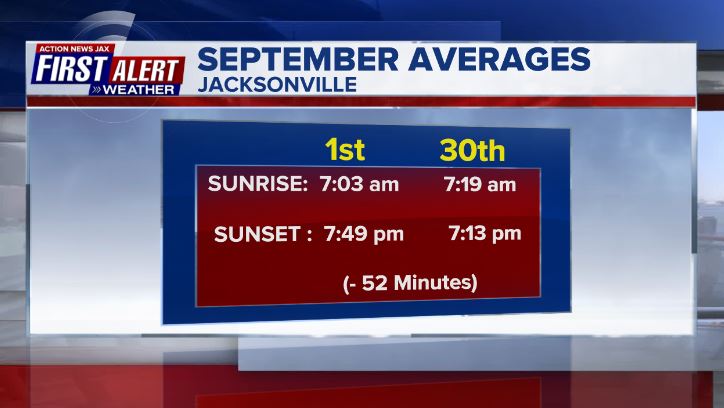 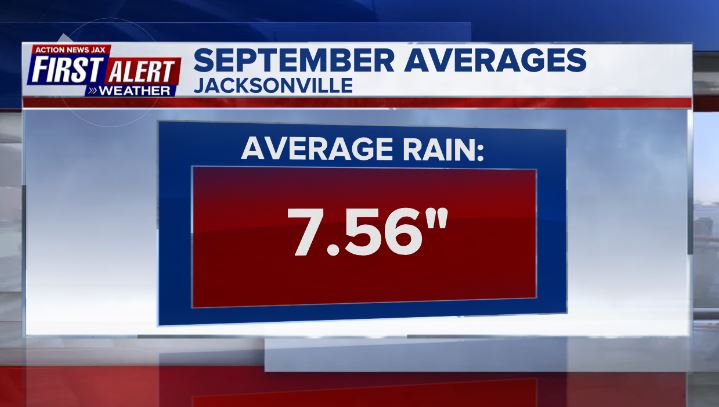