Jacksonville, Fl — We’re only halfway through Feb., but it’s already bound to go down in weather history. We - meteorologists - saw hints of this potential some 4-5 weeks ago when there was a great stratospheric warming event. About 60% of the time, such occurrences are followed by a dramatic buckle of the jet stream that sometimes dislodges the polar vortex resulting in an arctic attack of sorts. I wrote about this phenomenon Jan. 6th in the “Buresh Blog”. The result this time ‘round was a slow but intense drop to the south & west of the Polar Vortex which unleashed record setting cold from the U.S./Canadian border to the Texas/Mexico border. This was the temp. map Monday afternoon, Feb. 15th: 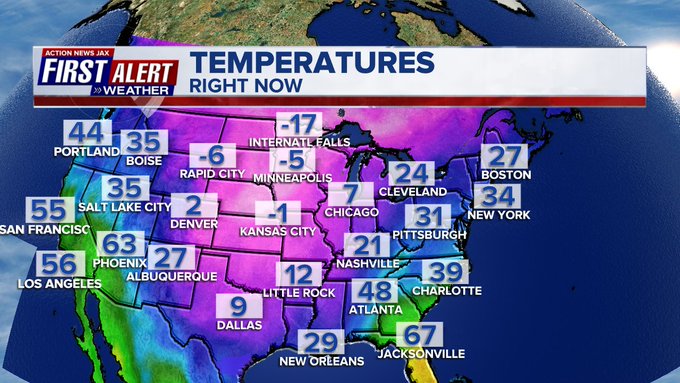 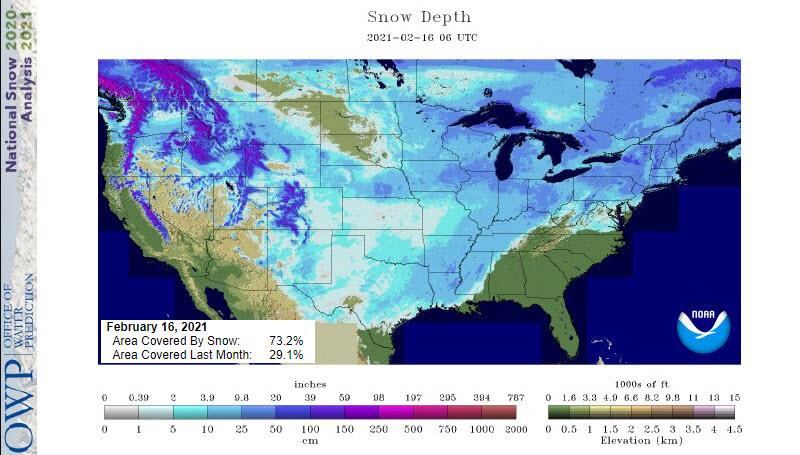 Look how quickly ice formed on Lake Erie during Feb. going from way below avg. to a little above avg. - ~80% coverage - by mid month: 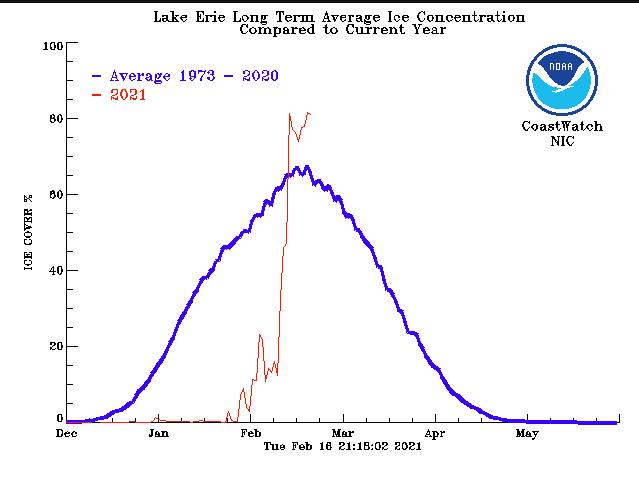 Jacksonville/NE Fl./SE Ga. have been on the edge or “battleground” of the two air masses resulting in a wet, sometimes stormy last couple of weeks Rainfall through Feb. 16th is at nearly 6″ at JIA but as much as 7-9″ for parts of Clay & St. Johns County. 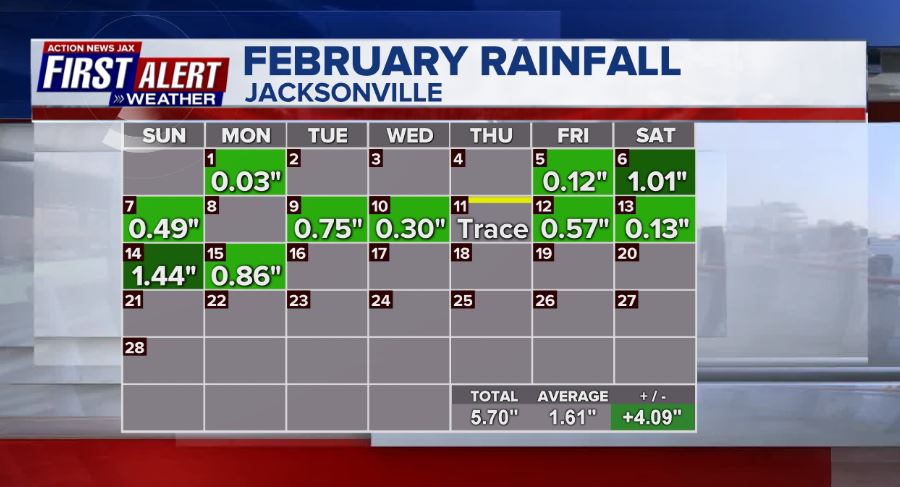 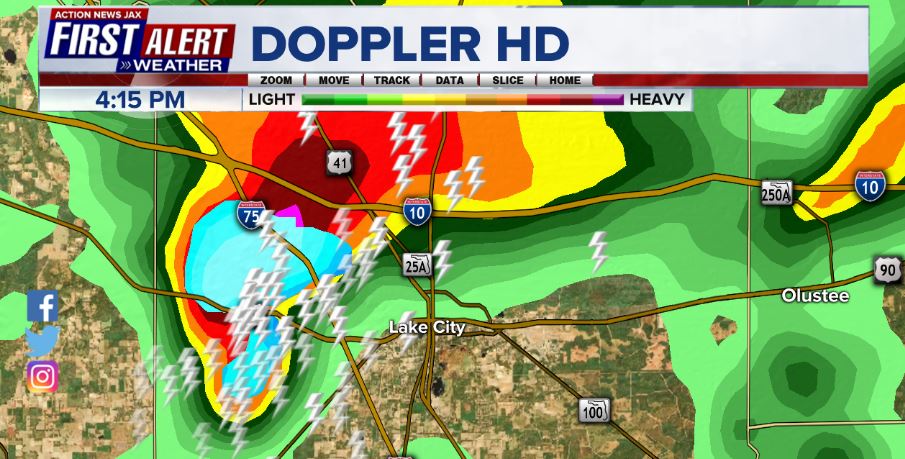 It looks like the last 10 days of the month will not be as cold though still rather active with relatively strong upper level troughs moving west to east across the Lower 48.

The overall milder temps. have allowed pollen - particularly pine right now - to bloom which is about the avg. start date. Oak pollen typically follows 3-5 weeks later & will last through a good part of March. 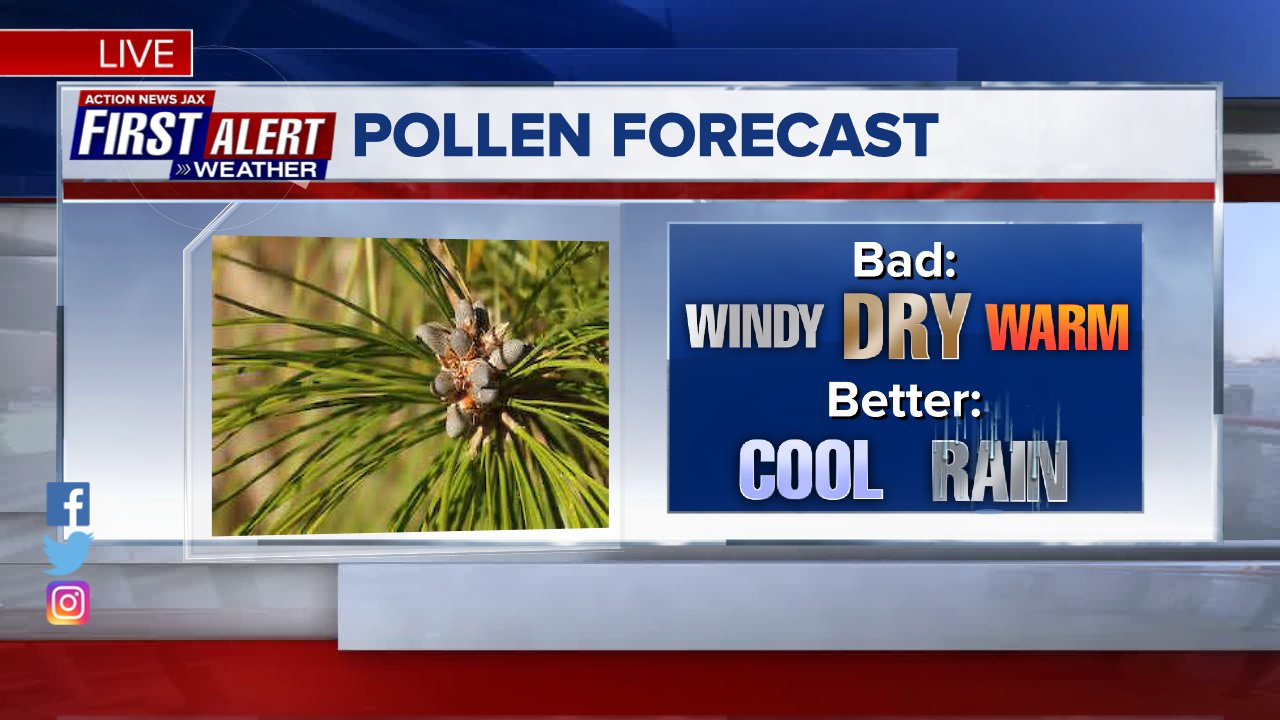 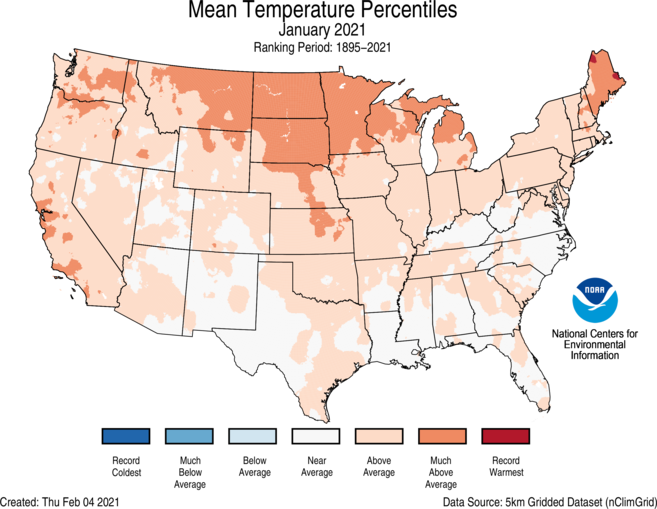 No parts of the Lower 48 had below avg. temps. during Jan.: 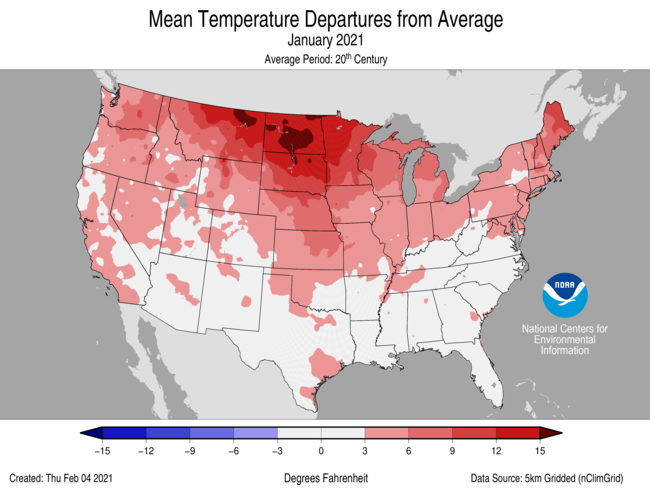 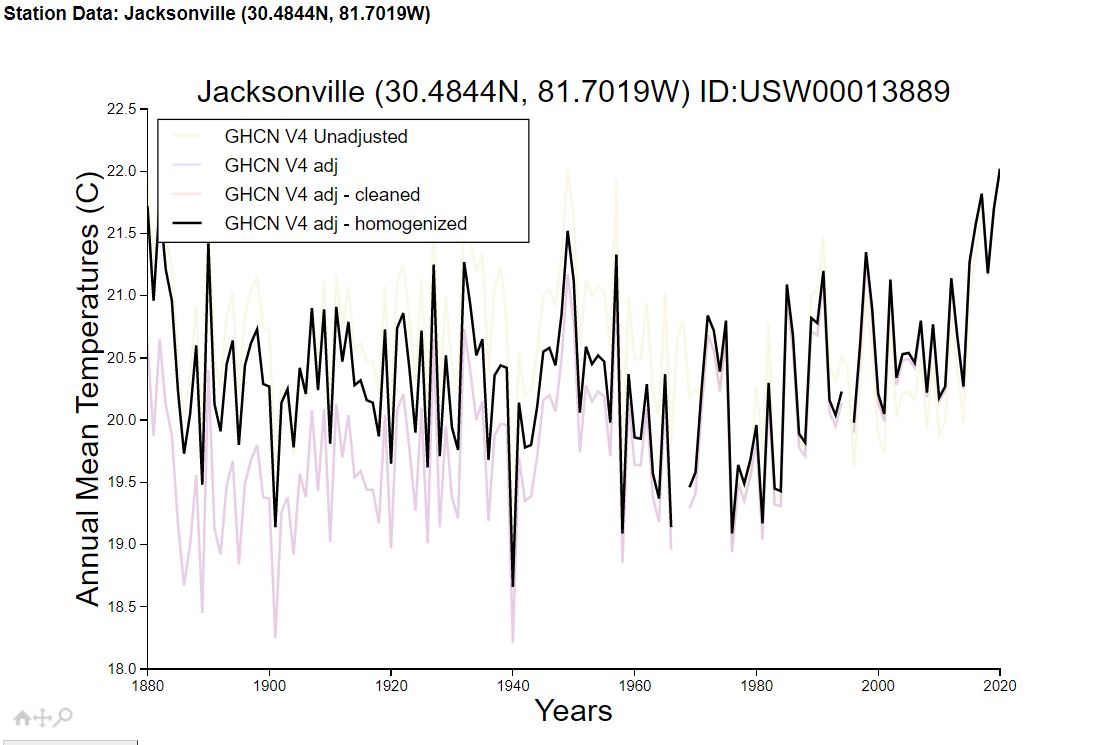 A big day Thu., Feb. 18th as the rover, Perseverance is scheduled to land on Mars (more in the “Buresh Blog”, Jan. 27). There will be a weather station transmitting the temperature, radiation/dust, relative humidity and wind. According to NASA:

The spacecraft has about 25.6 million miles (41.2 million kilometers) remaining in its 292.5-million-mile (470.8-million-kilometer) journey and is currently closing that distance at 1.6 miles per second (2.5 kilometers per second). Once at the top of the Red Planet’s atmosphere, an action-packed seven minutes of descent awaits – complete with temperatures equivalent to the surface of the Sun, a supersonic parachute inflation, and the first ever autonomous guided landing on Mars.

The process for getting to the “Red Planet” not to mention the landing is truly remarkable. Check out my explanation (shout out to Joel Lotz for his video/editing/graphic expertise):