The week of April 5th is (was) Wildfire Awareness Week. Now is the time to prepare for the peak of the wildfire season which is typically from late April through at least late May. Be particularly cautious with any fires & realize Duval County has a year-round fire ban. Of utmost importance, make sure you have at least 30 feet of “defensible” space between buildings & flammable material (trees, shrubs, etc). 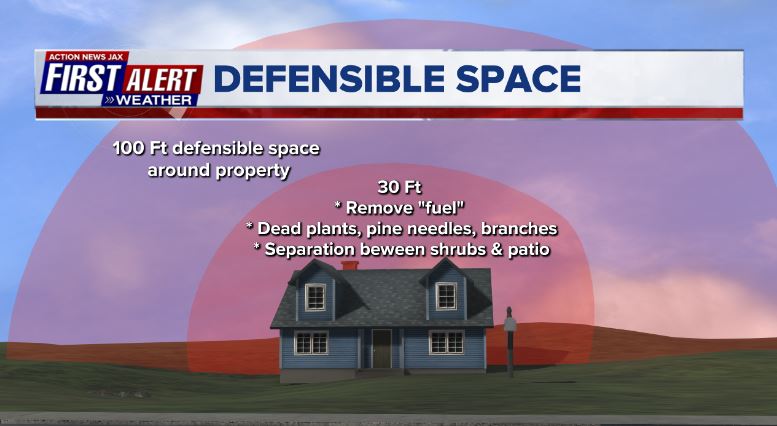 There’s been a lot of back & forth when it comes to temps. early this spring. While not at all unusual, we have had some very chilly nights for so late in the season. The day before Easter - April 3rd - frost was common west of I-95 in what ended up being the coldest April night since 2009! 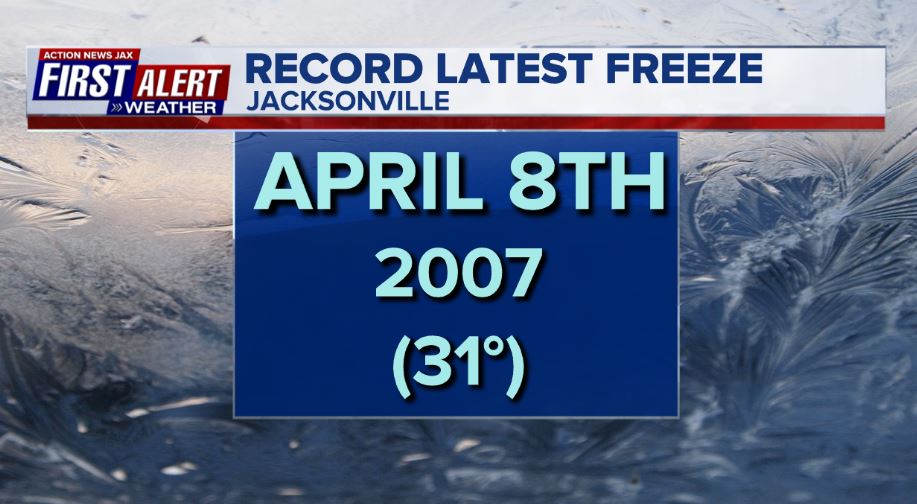 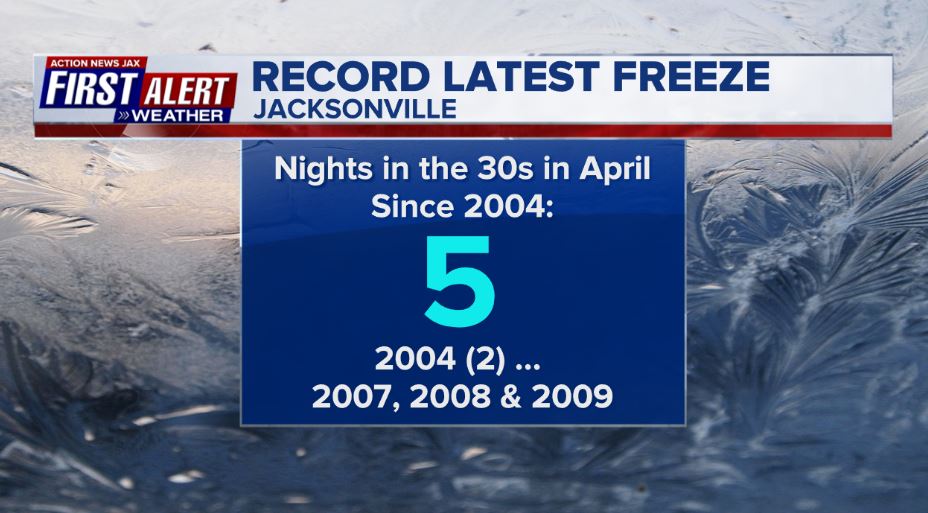 We’re now less than 2 months from the “official” start of the hurricane season. There will be some changes in the forecast info. from the NHC - click * here * for all the details. Some highlights:

2) Greek Alphabet replaced with alternate name list for tropical storms On March 17, 2021, the World Meteorological Organization Hurricane Committee members agreed to create a supplemental list of names A-Z (excluding Q, U, X, Y, Z on the Atlantic list) that would be used in lieu of the Greek alphabet when the standard tropical storm name list is exhausted in a given season in either the Atlantic basin or eastern North Pacific basin. Names on this list could be retired and replaced, when required.

3) Graphical depiction of storm surge inundation values NHC will continue to provide an experimental graphic in 2021 that will depict the expected storm surge inundation values for the United States Gulf and Atlantic coasts, Puerto Rico, and the U.S. Virgin Islands that are provided in the tropical cyclone public advisory (TCP). These values represent the peak height the water could reach above normally dry ground somewhere within the specified areas.

Speaking of the tropics.... the NOAA has issued an excellent report on Cat. 4 hurricane Laura’s storm surge on the Louisiana coast last year which was estimated to be as high as 20 feet (in a sparsely populated area).

And the NHC has completed their post storm summary of “Marco” in August. It was determined that the storm never made landfall staying just south of the Louisiana coast, so the U.S. tropical cyclone landfall record set in 2020 is down to 11 storms which still beats the previous record of 9 U.S. landfalls in 1916. 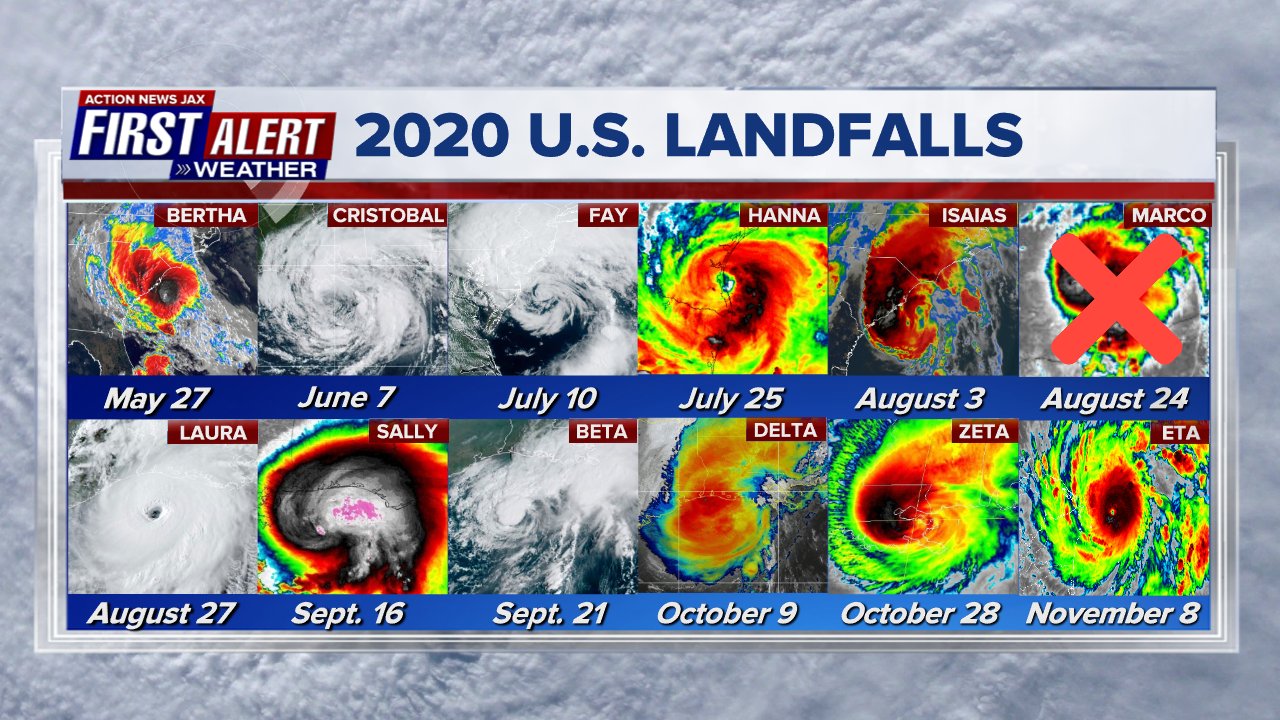 As of April 8th, it’s 3 years to the next “Great American Eclipse”! Totality will extend right across the middle of Texas to upper New York State & Northern Maine. I - for one - cannot wait! My experience from the last Great American Eclipse in 2017 * here *. For Jacksonville, only about 64% of the sun will be covered. For a complete listing of locations & how much of the sun will be blocked out by the moon, go to NASA * here *. 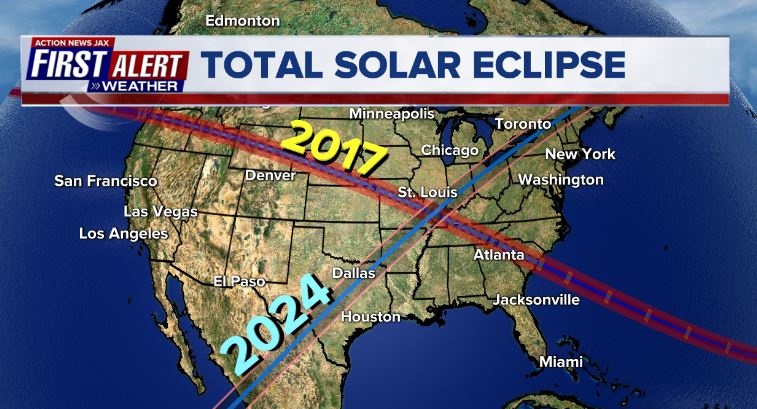 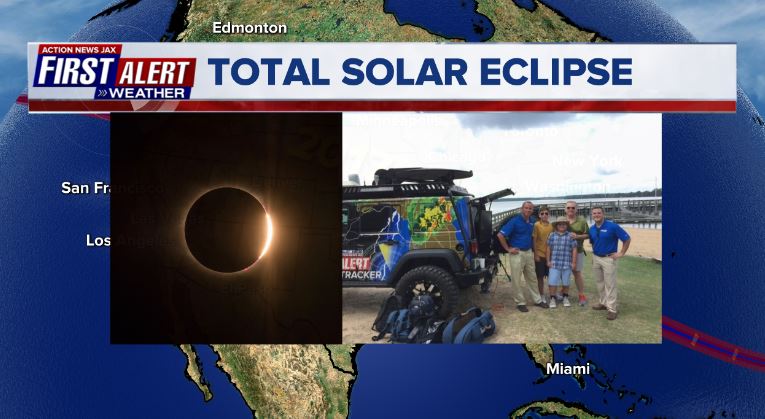 Boy, 12, charged with murder after 13-year-old shot, killed in Maryland