Simma Sky: Bright Planets and the Moon in April Nights

Venus and the moon have provided many nice views in the sky after sunset. The crescent moon returns to dance with the second-brightest object in the night sky (behind the aforementioned moon) and starts a jaunt with a few other planets in the early morning sky during the month of April. 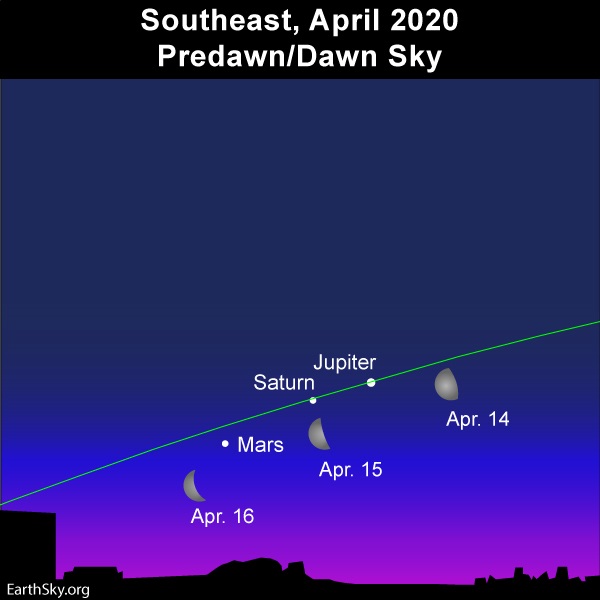 In mid-April 2020, let the waning moon guide your eye to the morning planets: Jupiter, Saturn and Mars. Photo courtesy EarthSky.org

April’s full moon is relatively early, occurring on April 7. As the moon wanes, or becomes a crescent moon again, it will move very close to three planets. Jupiter, Saturn, and Mars all get in on the act as the moon sets in the pre-dawn sky to the southeast. Jupiter is the brightest one you will be able to see.

As the month itself wanes, the crescent moon goes to the OTHER side of the sky and dances with Venus again. Like the last couple of months, this will provide us with some great picture opportunities. 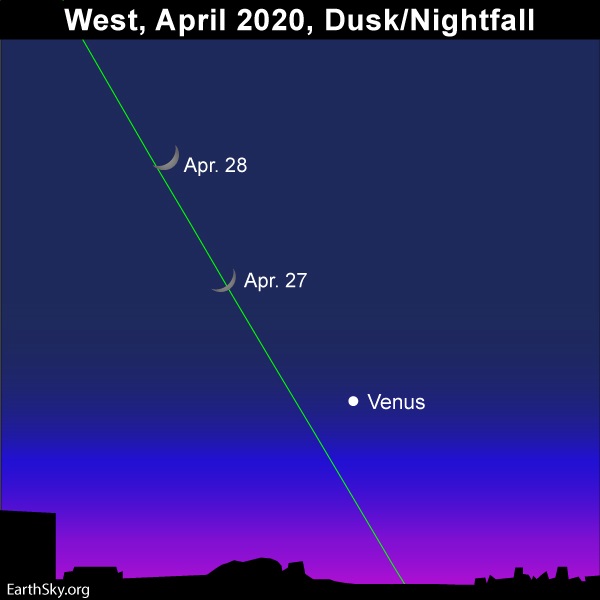 There have been a lot of these pictures floating around the internet the last couple of months. I love these and I can’t really explain why.