Talking the Tropics With Mike: Eastern Atlantic a bit “busier”

A couple of tropical waves have moved off of Africa & potential for some development. However, the long range global forecast models are not particularly enthusiastic in the 6-10 day range showing weakening once closer to the SW Atlantic &/or Caribbean. Obviously this will be something to keep an eye on.

There is a “spin” - upper level low - over the Western Atlantic some 500 miles or so east of Jacksonville. No surface development is expected but there are some disorganized showers & t’storms.

The Saharan dust has been prolific across much of the Atlantic over the couple weeks continues to thin. The dust is usually co-located with dry mid & upper level air that can slow or inhibit tropical development. But I’ve often seen waves that can thrive on the edges of the dust plume or once the wave exits the dust plume. Remember the dust is a product of the dry air not vice-versa.

NOAA & CSU (Dr. Phil Klotzbach) have issued their updated seasonal forecasts. Both are still calling for an active season: 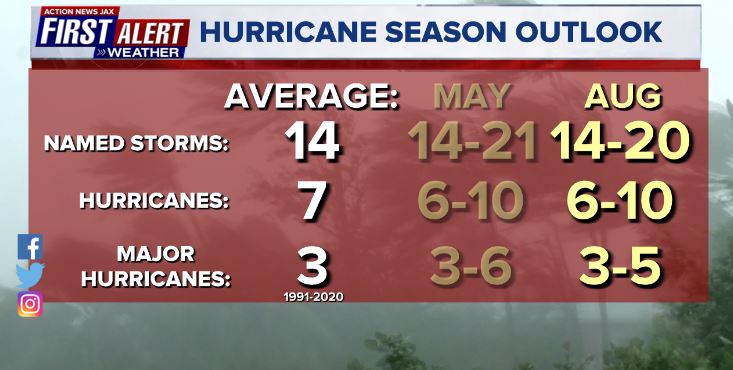 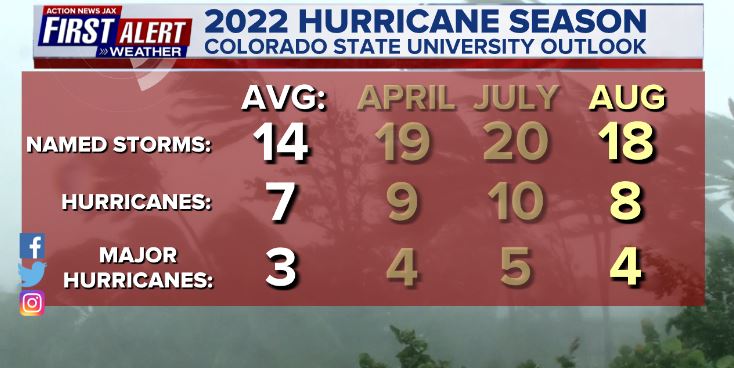 Climatologically we’re at least right on track with the typical hurricane season. The 3rd named Atlantic storm is Aug. 3 on avg. (3 so far this year but Colin was a “gift”) & the avg. date of the 4th named storm is not until Aug. 15. The average date of the first Atlantic hurricane is Aug. 11th. And the peak of the Atlantic season is not until Sept. 10th. A long way to go in other words. 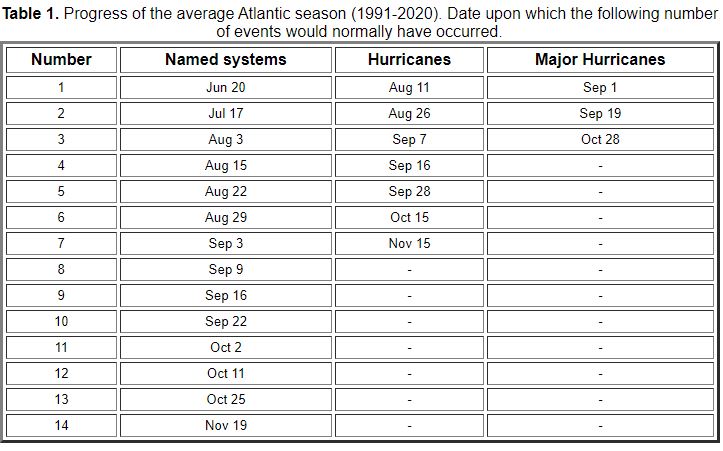 The location of development of tropical systems in August since 1851 during a month which often sees the long track tropical cyclones from the deep tropics:

A new tropical cyclone is developing well south of Mexico. The system will move northwest with no impacts to any land areas.