Talking the Tropics With Mike: Multiple areas to track across the Atlantic Basin

Peak of the hurricane season living up to its billing

(4) possible tropical development over the SW or W Atlantic later this week.

“Larry” was upgraded last Wed. becoming a hurricane early Thu. & became a Cat. 3 Fri. evening - the 3rd “major” hurricane of the season. 1969, 2004 & 2005 were the only other seasons since the mid 1960s to have as many as three Cat. 3+ hurricanes by Sept. 3rd. By Wed. afternoon - 1 week after its inception, Larry was down to a Cat. 2 hurricane & lashing Bermuda with tropical force winds Thu. Larry is the longest-lived Atlantic hurricane since “Dorina” in 2019.

Larry was the 5th hurricane of the Atlantic season... the 4th just since Aug. 18th!.... & the first time three Atlantic Basin hurricanes have formed within the period from Aug. 18th to Sept. 2nd. 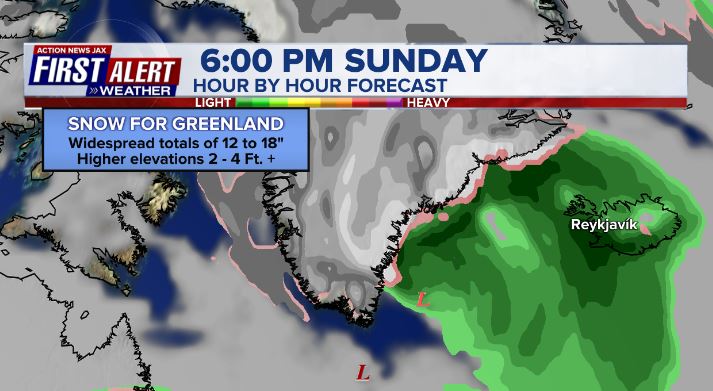 For right now, the Bermuda High across the Atlantic is displaced to the east & northeast through at least the middle or so of Sept. - important for any potential long track tropical systems coming out of the deep tropics. *But* there are indications that the Bermuda High will shift back west & a little south while becoming stronger again as we head toward the last 10-12 days or so of Sept. This development will be key for a potential long track hurricane later this month.

(2) A tropical wave near & over Central America & the Yucatan Peninsula is moving over the SW Gulf of Mexico. As long as the wave stays far enough offshore, there will be the potential for tropical development. Forecast models indicate a possible landfall as early as Mon./Tue. near Brownsville, Texas. How strong this might - or might not - be will largely depend on how much time the disturbance can remain reasonably far offshore. This is one to watch in Mexico & S. Texas! Looks like a lot of rain next week for parts of Texas & Louisiana.

(3) Multiple tropical waves are marching west off the coast of Africa as one would expect near the peak of the season. We’ll likely have at least one new depression then tropical storm over the Eastern Atlantic over the next few days. This initial wave should struggle to make much progress west across the Atlantic, but another tropical wave to follow has a much higher chance to make it across the Atlantic. The latter wave could be a hurricane approaching the Caribbean mid to late next week - approximately Sept. 22-25th.

(4) And forecast models continue to indicate *possible* tropical “activity” over or near the Western or SW Atlantic late in the upcoming week. Still very early on this potential but, of course, something to watch. Forecast models have generally trended north on this disturbance to east of the Carolina’s (vs. east of Fl. the past week), but there will probably be further “corrections” in the future. If the system has enough time offshore & over water, a hurricane is not out of the question for the Carolina’s.

Typhoon “Chanthu” has moved just offshore of Taiwan & is headed for China: