Talking the Tropics With Mike: Still busy Atlantic but nothing immediately threatening

The peak of the hurricane season was Sept. 10th with a mini peak in mid Oct. There is an overall concern regarding a rather late surge in Atlantic tropical activity & potential land impacts discussed in the “Buresh Blog” * here *. 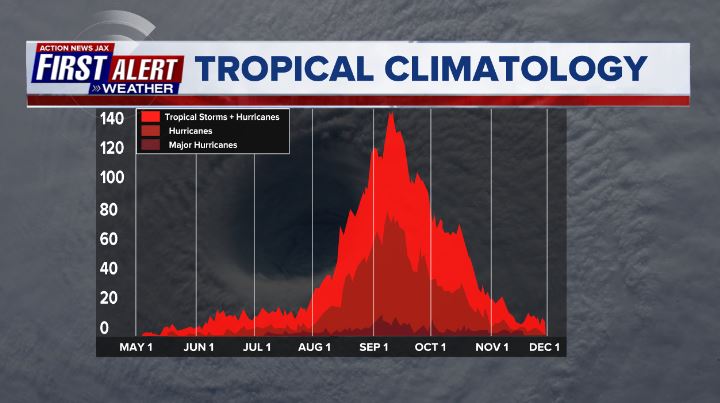 (2) possible tropical development over the SW or W Atlantic over the next few days.

(1) Nicholas: moved over the SW Gulf of Mexico Sun. morning & was upgraded to a tropical storm becoming a hurricane late Mon. evening upon approach to the Central Texas Gulf Coast followed by quickly by a Cat. 1 landfall at 1:30 AM EDT on the eastern part of the Matagorda Peninsula, about 10 miles (15 km) west-southwest of Sargent Beach, Texas, & the last NHC advisory was issued late Tue. evening. The low pressure area continues to slowly wind down along the Gulf Coast in Louisiana but a plume of tropical moisture to the east is still producing heavy rain.

The remnants of “Nicholas” still helping to produce heavy rain along the Gulf Coast + note the heavy rain swath offshore of the U.S. east coast in association with disturbance ‘96-L’:

(2) Forecast models continue to indicate a disturbance that is a product of an old tropical wave that moved off Africa days ago combined with an upper low with eventually consolidate into a low pressure area that would then become tropical. Though this low will be at Jacksonville’s approximate latitude through Thu. night, it will be hundreds of miles to the east with no local impacts. The Outer Banks of N. Carolina will be grazed by this system into Fri. but still well offshore so the primary threat will be onshore winds & a heightened rip current risk along the coast of the Carolina’s. Once the disturbance gets caught up in the southwesterly flow, the low will turn northeast & accelerate across the N. Atlantic. The system has a good shot at deepening but will be moving away from any land areas.

(3) Multiple tropical waves are marching west off the coast of Africa as one would expect near the peak of the season. Pockets of strong shear + some dry air will probably play a role in the intensity, but we’re likely to see a couple of tropical depressions/storms eventually develop. Positioning & strength of the Bermuda High will be critical on where these waves travel & how far west they manage to make it. At this point, it seems any systems over the next 10 days to 2 weeks will struggle to make it too far west within a somewhat marginal environment (sinking air) but obviously something to continue to track & monitor.

It’s possible a period of heightened concern for U.S. impacts will evolve toward the end of the month & especially into Oct. - more on that potential *here* in the “Buresh Blog”.