Both Sam & Victor to stay far out to sea 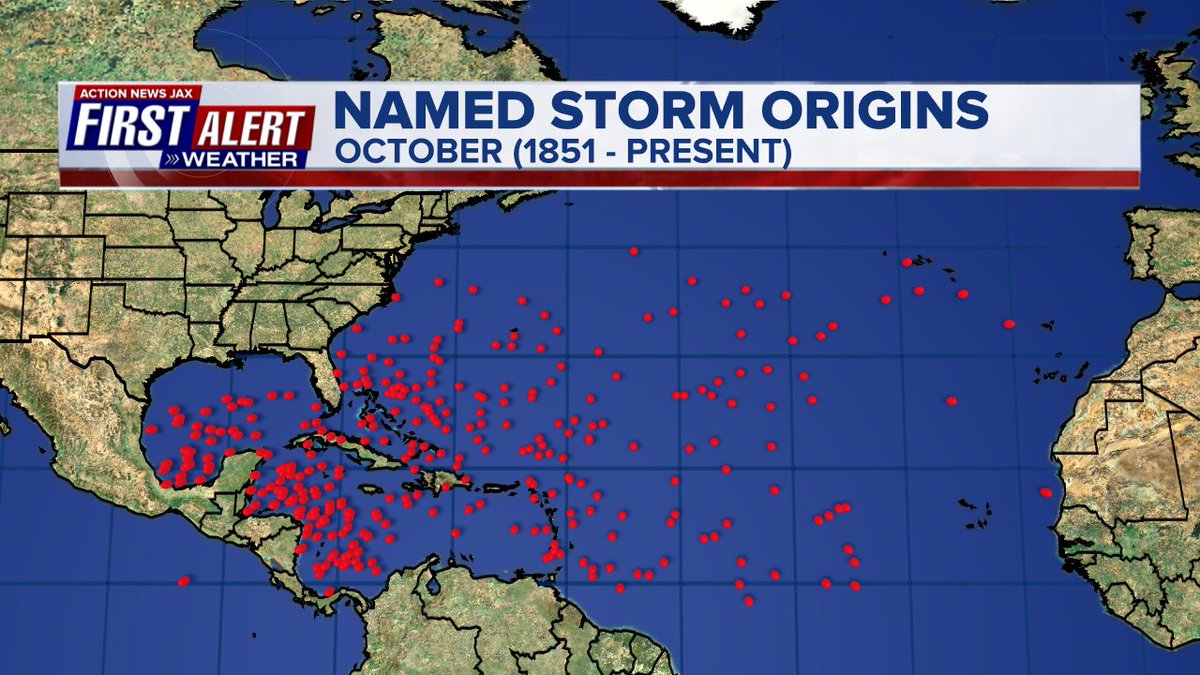 The strong tropical wave - ‘98-L’ - was upgraded Wed. afternoon to tropical depression #18 then to tropical storm “Sam” Thursday morning & to a hurricane early Friday (avg. date for the 7th Atlantic hurricane is Nov. 16), so Sam has been a hurricane for a week plus. Sam was a compact/intense storm but has been “spreading its wings” recently & should essentially be in a steady state into Sat. but with some fluctuations due to structural changes & eyewall replacement cycles. A NOAA buoy early Thu. measured 40 foot seas within the northeast quadrant of the hurricane! Though staying far to the east, an easterly swell & heightened rip current risk will affect much of the eastern U.S. seaboard Fri. into the weekend, including NE Fl./SE Ga. Bermuda will be spared a direct hit but there will be at least some impacts Fri.-Sat. in the form of very rough seas & a gusty wind as Sam moves by to the east of the island.

The steering pattern remains well established & few significant track forecast changes are expected as the hurricane finally reaches the N. Atlantic late in the weekend into early next week at which time Sam will become a large & strong extra-tropical ocean storm.

Ultimately... the end result - Sams’ track - is being driven by September’s re-adjustment of the upper level flow across the Northern Hemisphere which includes a pretty persistent trough the last several weeks over & near the Eastern U.S. & Western Atlantic. If the trough stays, the U.S. eastern seaboard is protected. The GFS model has ruled the hurricane season so far & there’s no reason to get off the stallion now... it’s north then northeast over the open Central & Northern Atlantic for the next several days.

A strong tropical wave that moved off the coast of Africa Tue. was upgraded to tropical depression #20 Wed. morning & to “Victor” Wed. afternoon. More good news - thanks to the Bermuda High sitting so far to the north & east over the Atlantic - causing Victor to turn rather sharply northward as it rapidly organizes. Victor will stay far to the east over the open Atlantic with a weakening trend by early next week over cooler water & increasing shear - no threat to land.

Long range forecast models are showing the potential for some low pressure to develop over the Western/SW Atlantic next week. We’ll have to watch this for possible tropical characteristics.

The potential development over the E. Pacific is likely a product of the MJO pulse:

“Mindulle” has made the sharp turn north & northeast over the open W. Pacific which has been a helpful hint with “Sam” over the Central Atlantic (typhoon teleconnection with a persistent trough near the east coast of China mirroring the trough near the Eastern U.S.) In other words, Sam turning more north vs. a more west movement which was originally a “miss” by the European model. Mindulle will be east of Japan through the weekend.