% of Named Storms per Month

There are no areas of immediate concern over the Atlantic basin as we move through the first week of the ‘21 hurricane season.

There is a weak upper level low over the Bahamas east of Florida but tropical development is not expected. 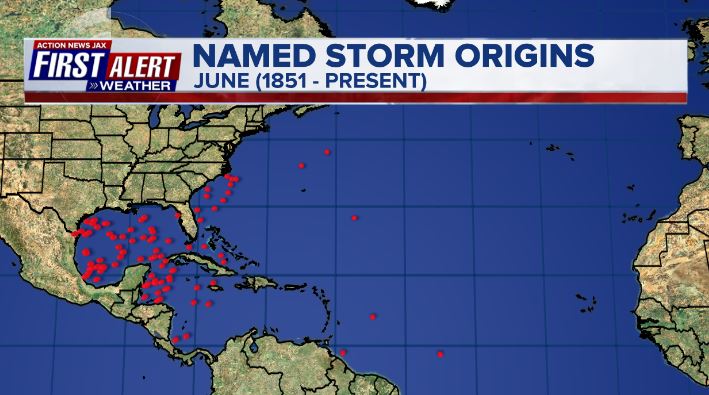 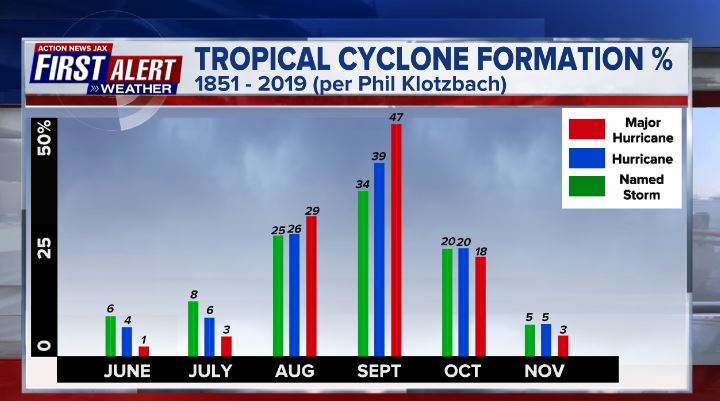 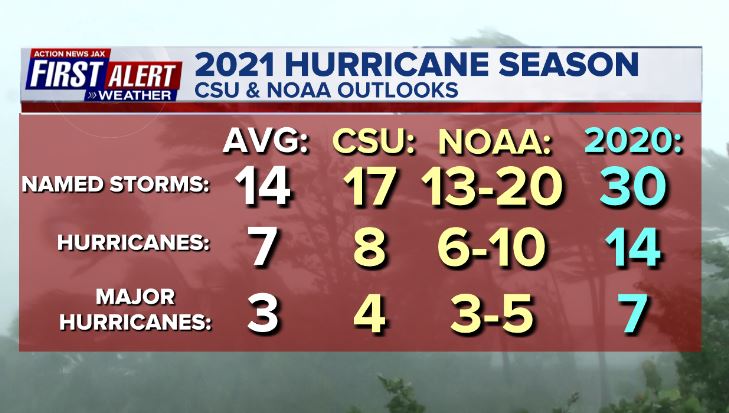