Talking the Tropics With Mike: “Yellow area” near Florida! But....

The weak/pesky old frontal boundary remains stretched out/stalled across the W. Atlantic to S. Carolina & Georgia & will be reinforced somewhat by a weak piece of an upper level trough that will evolve over the Southeast/Eastern U.S./SW Atlantic through the weekend. Numerous t’storms should develop with this feature through Fri. across Ga./Fl./Eastern Gulf & the Western Atlantic with weak low pressure forecast to develop a little east of Fl. &/or Ga. Conditions (shear especially) are not particularly favorable for much development but close proximity to the Gulf Stream is a bit disconcerting. The low pressure is not likely to move much through most of the weekend with most of the t’storm activity eventually evolving over the eastern part of the circulation - east of the Carolina’s/Ga./Fl. while dry air is drawn southward on the low’s backside & over Jacksonville & nearby areas effectively shutting down widespread rain. This *appears* to end up more of an elongated trough vs. significant low pressure, but we’ll have to keep an eye on any t’storm clusters that might persist & result in a potentially stronger surface circulation. Early indications are that the low &/or trough would eventually get pulled northeast by early next week but - at the same time - an upper level ridge will be trying to build eastward across the U.S. so much will depend on (1) any low pressure developing & (2) the timing/positioning of the upper level ridge. If the ridge is strong enough, the low could slide westward over Fl.or nearby areas but - again - is not likely to be a strong system.

Saharan dust. Dry air - yellow/orange/red/pink - is extensive over the Caribbean & Central & Eastern Atlantic. Such widespread dust is common early in the hurricane season - through July - & is indicative of dry air that can impede the development of tropical cyclones. However, sometimes “wanna’ be” waves will just wait until they get to the other side of the plume then try to develop if everything else happens to be favorable.

In the W. Pacific.... broad-eyed typhoon “In-Fa” is forecast to turn more northwest staying well northeast of Taiwan (but with fringe effects for Northern Taiwan) through the weekend & well south & west of Japan.

A second system - ‘90W’ - is forecast to develop over the next several days & could impact Japan - including Tokyo - by the middle of next week. 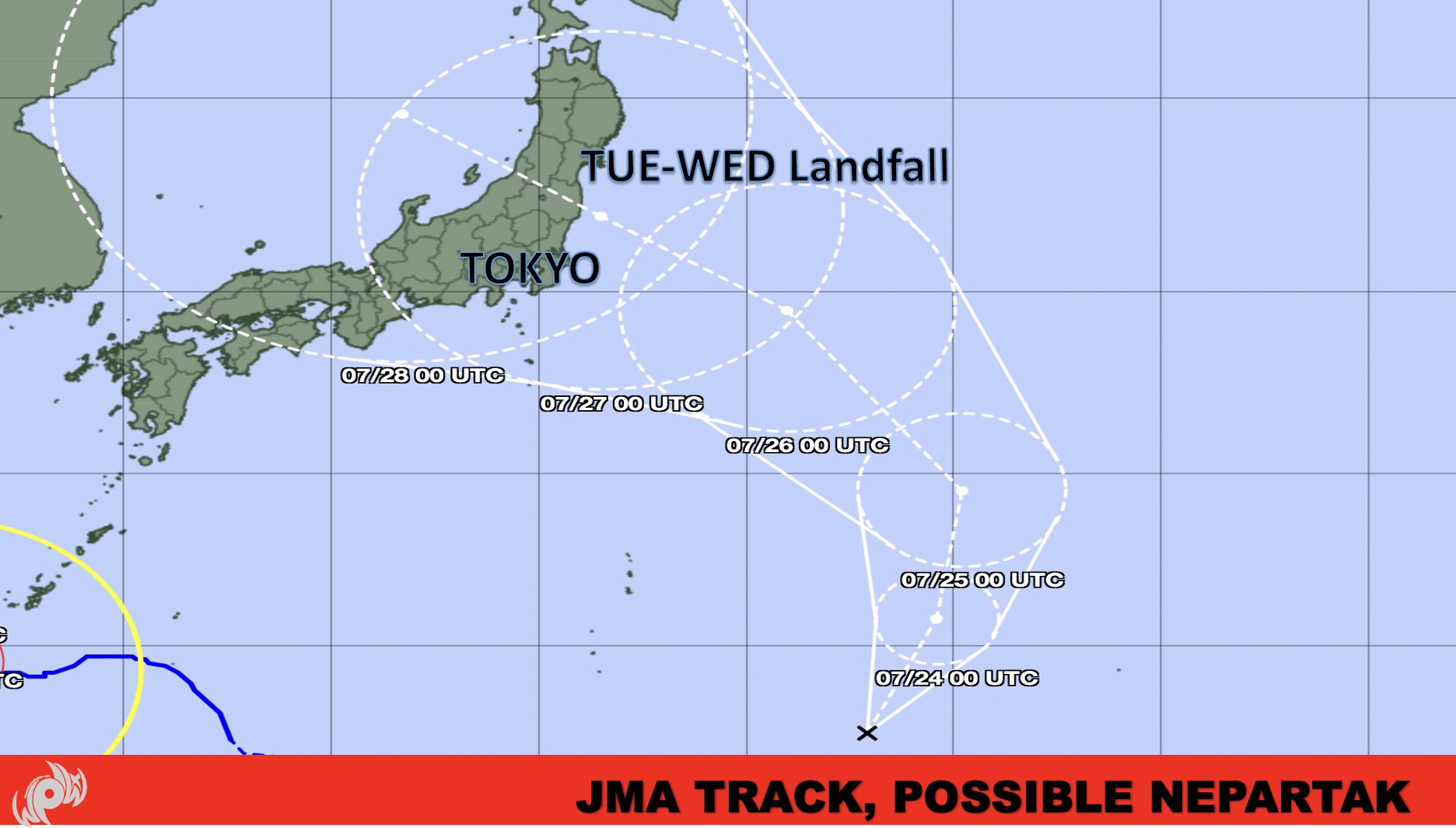