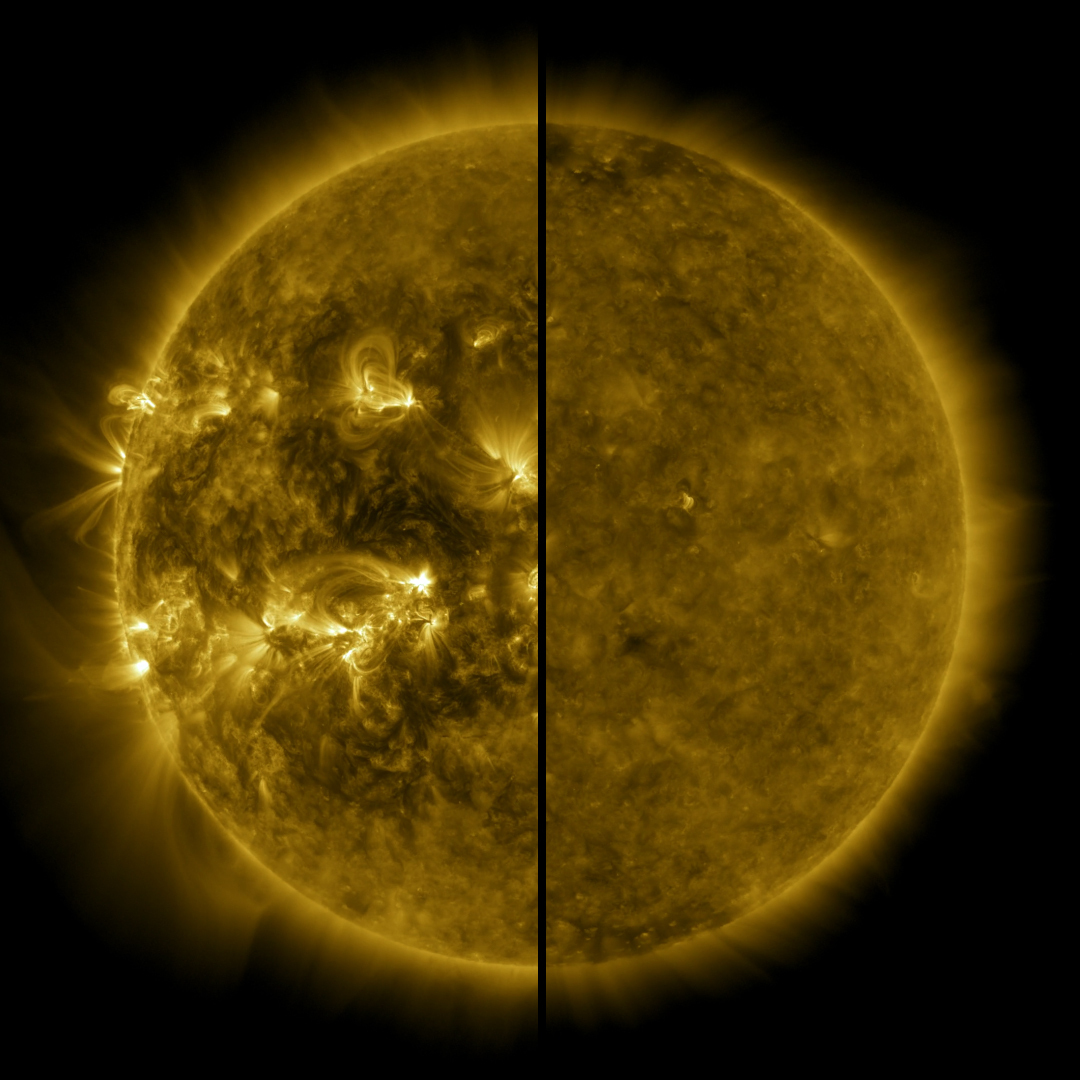 Image courtesy: NASA. A stark difference between the sun at solar maximum (left) and minimum (right). The solar maximum occurred in April 2014 and the minimum in December 2019.

The sun is always there. Doesn’t matter when you look at it during the year, it still blinds you. But the sun goes through dramatic changes over the years. These changes impact our lives on earth, and also impact astronauts up in space. NASA announced in September that the sun was at a “solar minimum” in December of 2019. The sun goes through a solar cycle in 11 years, according to NASA. Solar Maximums show lots of sunspot activity, as pictured above. Sunspots typically are responsible for throwing material and energy into space, which can impact space weather. Solar minimums, conversely, show much less in terms of sunspot activity, but NASA scientists can still track much smaller sunspots to gauge when the next maximum will occur.

Also, why did it take so long to determine a minimum? We found out in September 2020 that a solar minimum occurred in December 2019. Almost a year’s difference! NASA states that the variability of the sun makes it hard to predict.

It’s not a smooth cycle, either. Look at the data. I found this chart from NOAA and notice how the number of sunspots seems a little “jumpy” every year, but the general trends tell the story. The line going forward with the projection is smooth, but maybe not reality: https://www.swpc.noaa.gov/products/solar-cycle-progression

“Once in a blue moon” happens this month! October 1 brought a full moon, which is early in the month. Literally as early as it could happen. The blue moon will occur on October 31 (THAT’S HALLOWEEN!). Literally as late as it could happen. Blue moons occur once every two and a half years. A full moon on Halloween hasn’t happened since World War II according to Farmer’s Almanac! So that’s a little...spooky. See what I did there?

At the beginning of the month, we got some great views of the full moon next to Mars over Northeast Florida: