Jacksonville, FL — Updated everyday during the hurricane season - “Talking the Tropics With Mike”.

The list of names for 2022 is a rather infamous history since the turn of this century. A reminder that names repeat every 6 years except for those that have been retired. The last year the current list of names was used - in 2016 - “Hermine” hit the Fl. Panhandle on Sept. 2nd , 2016 - summary from the Tallahassee N.W.S. * here *.

A little more than a month later... large & powerful “Matthew” rolled north/northwest along the east coast of Fl. coming within about 45 miles of Duval & St. Johns Co. causing widespread power outages, severe beach erosion & scattered structural damage. Matthew was retired & replaced with “Martin”. The pics below are before & after Matthew along the coast in Vilano Beach: 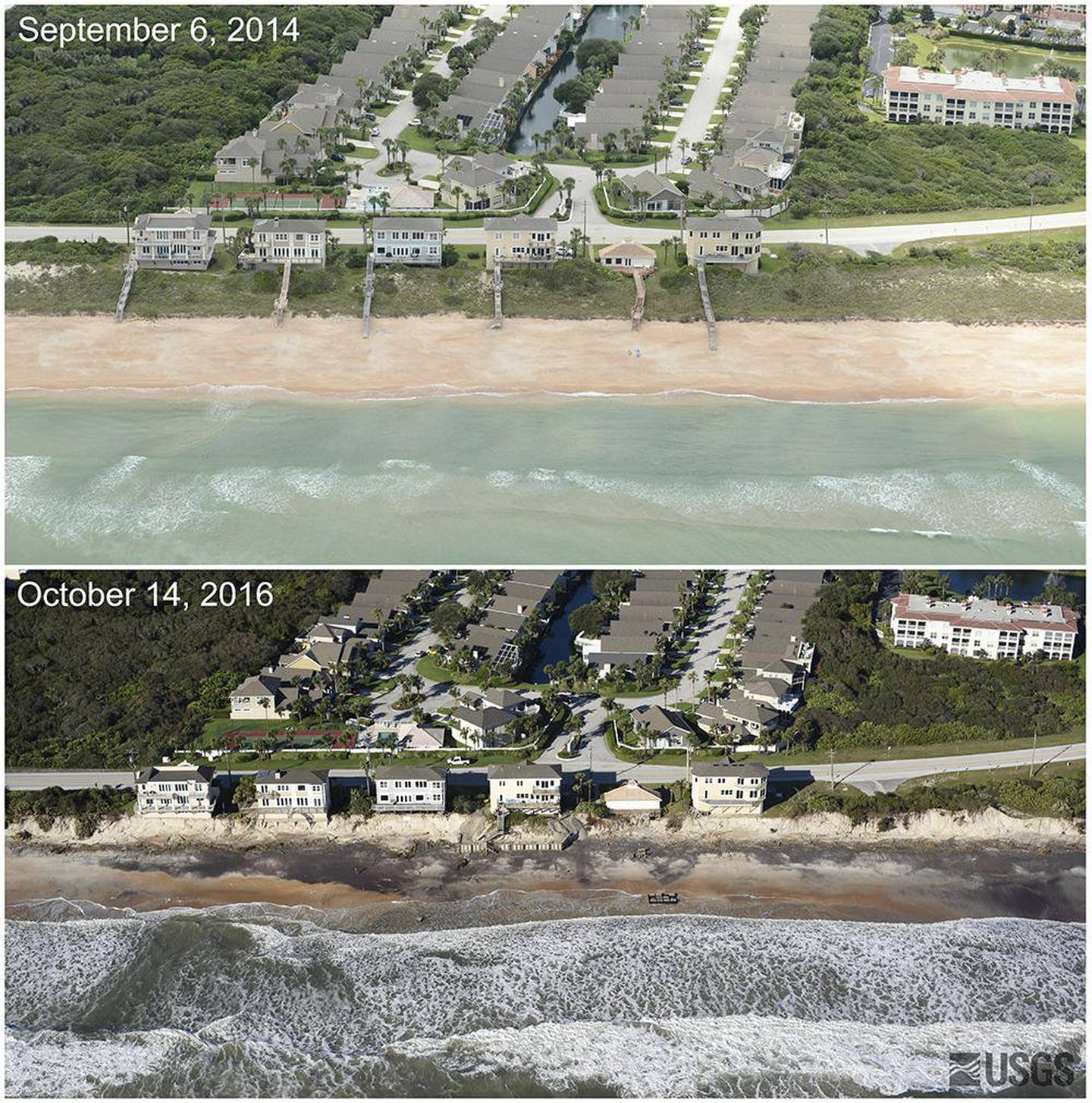 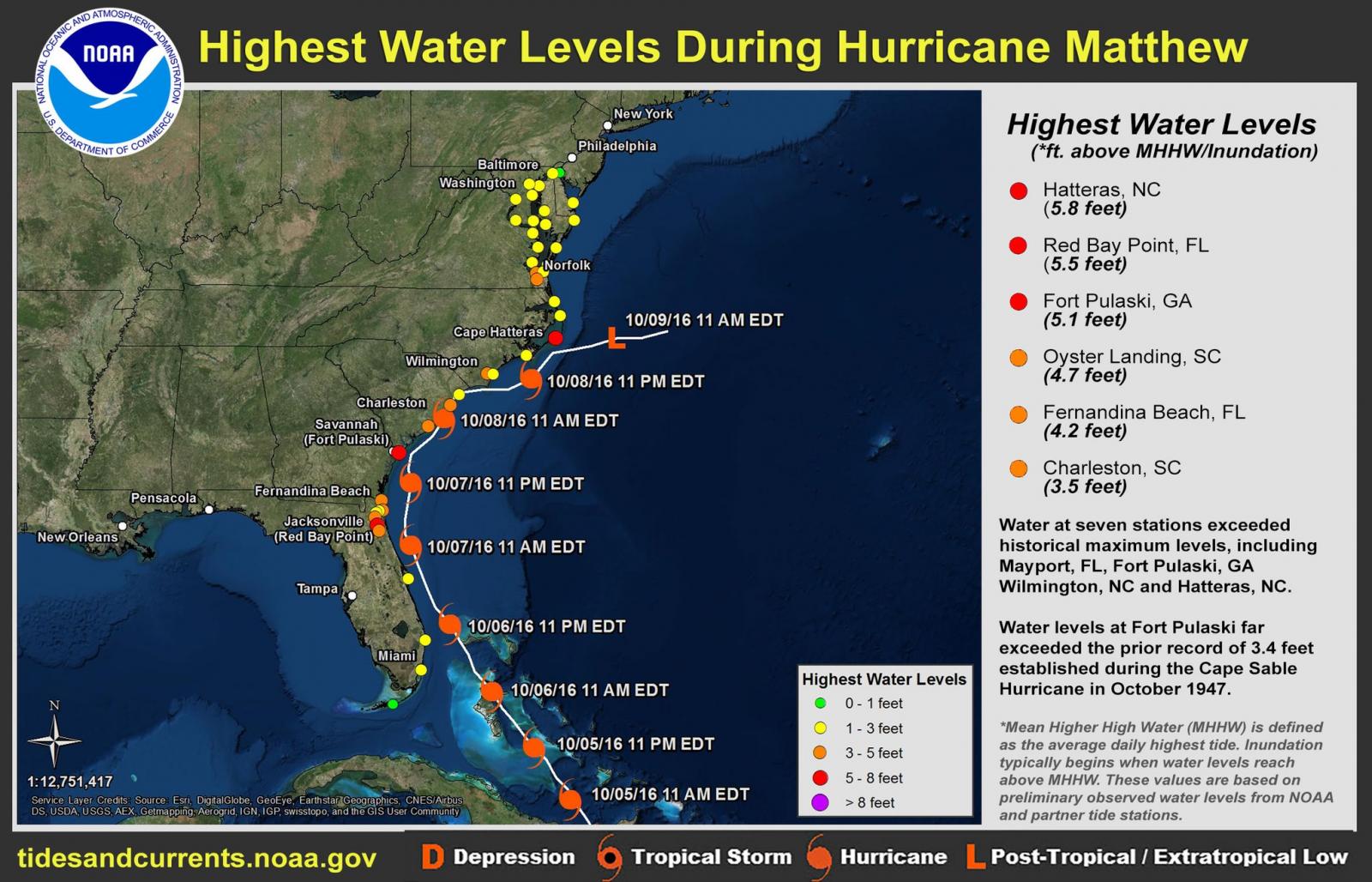 But the list of names is most remembered for the ‘04 season 18 years ago when Charley, Frances, Jeanne & Ivan all made landfall as major hurricanes in Florida. Those names were retired & replaced with Colin, Fiona, Ian & Julia. 5 years ago Sept. 20th marks the devastating landfall of Cat. 4 Maria on Puerto Rico. Jonathan Cardona now works on our Action News Jax studio production team & rode out the mighty hurricane with his family on the north coast of Puerto Rico:

The Autumnal Equinox - or beginning of fall - arrives Sept. 22 this year. The seasonal transition signals our wet season winding down &, of course, cooler temps. 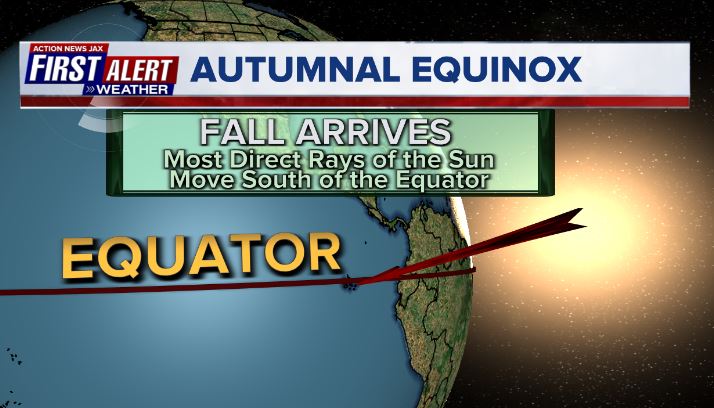 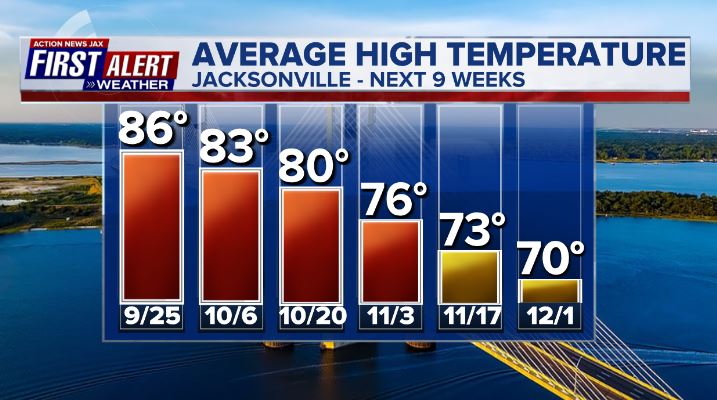 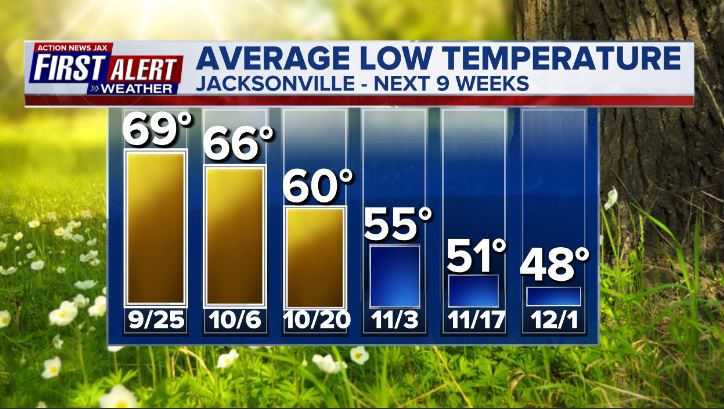 The week of Sept. 19th is “Estuaries Week”. According to NOAA Fisheries: Estuaries are bodies of water where rivers meet the sea. They provide homes for diverse wildlife, including popular fish species. They also support recreation, jobs, tourism, shipping, and more. More info. * here *. 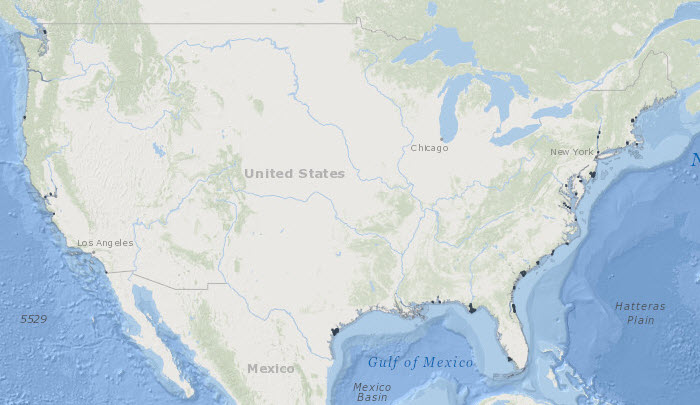 The “Florida Python Challenge” was in Aug. with another significant harvest (culling) of pythons. It’s estimated there may be tens of thousands of the invasive species Biologists at the University of Cincinnati have just released an interesting summary/paper on their work & research * here *. “Pythons are True Choke Artists”:

Burmese pythons are not just big snakes, growing to more than 18 feet and 200 pounds, but big eaters, taking on prey as large as a deer.

Biologists at the University of Cincinnati found that it’s not just the size of its head and body that puts almost everything on a python’s menu. They evolved super-stretchy skin between their lower jaws that allows them to consume prey up to six times larger than similar-sized snakes.

The study, funded in part by a grant from the National Science Foundation, was published in the journal Integrative Organismal Biology.

Since most snakes swallow prey whole, they must have wide mouths to accommodate a meal. Unlike our lower jawbone, the lower jawbones of snakes are not connected, allowing them to open wide.

“The stretchy skin between left and right lower jaws is radically different in pythons. Just over 40% of their total gape area on average is from stretchy skin,” lead author and UC biology professor Bruce Jayne said. “Even after you correct for their large heads, their gape is enormous.”

Pythons are constrictors. They bite their prey and wrap their powerful coils around it, fatally cutting off the animal’s vital blood flow, before consuming it whole at their leisure.

The bigger the prey, the more energy a snake derives from a meal. For pythons, that means not having to hunt as often, which can carry extensive risk in a world full of busy roads and dangerous predators.

Along with pythons, Jayne studied the gape size of brown tree snakes, a mildly venomous arboreal specialist that hunts birds and other animals in the forest canopy. Brown tree snakes were introduced in the 1950s to Guam, wiping out many bird species.

Besides measuring the snakes, Jayne also measured the dimensions and weight of potential prey animals. This allowed Jayne to use snake size to predict the maximal size of its prey and the relative benefits of consuming different types such as alligators, chickens, rats or deer.

Small snakes derive greater benefits in relative prey mass from a modest increase in gape size, the study found. This gives python babies an early advantage in taking on a broader range of prey compared to other snakes their size, Jayne said.

Being big also helps snakes avoid becoming meals themselves. Snakes fall prey to everything from wading birds to minks and raccoons to alligators and other snakes.

“Once those pythons get to a reasonable size, it’s pretty much just alligators that can eat them,” Jayne said. “And pythons eat alligators.”

Like invasive brown tree snakes in Guam, Burmese pythons are wreaking havoc on the ecology of Everglades National Park where they were introduced due to the release of captive animals from the exotic pet trade in the 1980s.

Study co-author Ian Bartoszek works as an environmental science project manager for the Conservancy of Southwest Florida, where he has led a project to track pythons. They implant radio transmitters in male snakes during breeding season to find females before they can lay more clutches of eggs. A big female python can lay more than 100 eggs.

Researchers routinely find deer hooves and the remains of other big animals in their stomachs. Bartoszek photographed one python regurgitating a full-grown white-tailed deer.

“The Everglades ecosystem is changing in real time based on one species, the Burmese python,” Bartoszek said.

The good news is that pythons rarely attack people. Bartoszek said the only defensive encounters he’s had with wild pythons are with females guarding their nests.

“It’s way more dangerous to drive there than to work with the snakes,” he said. 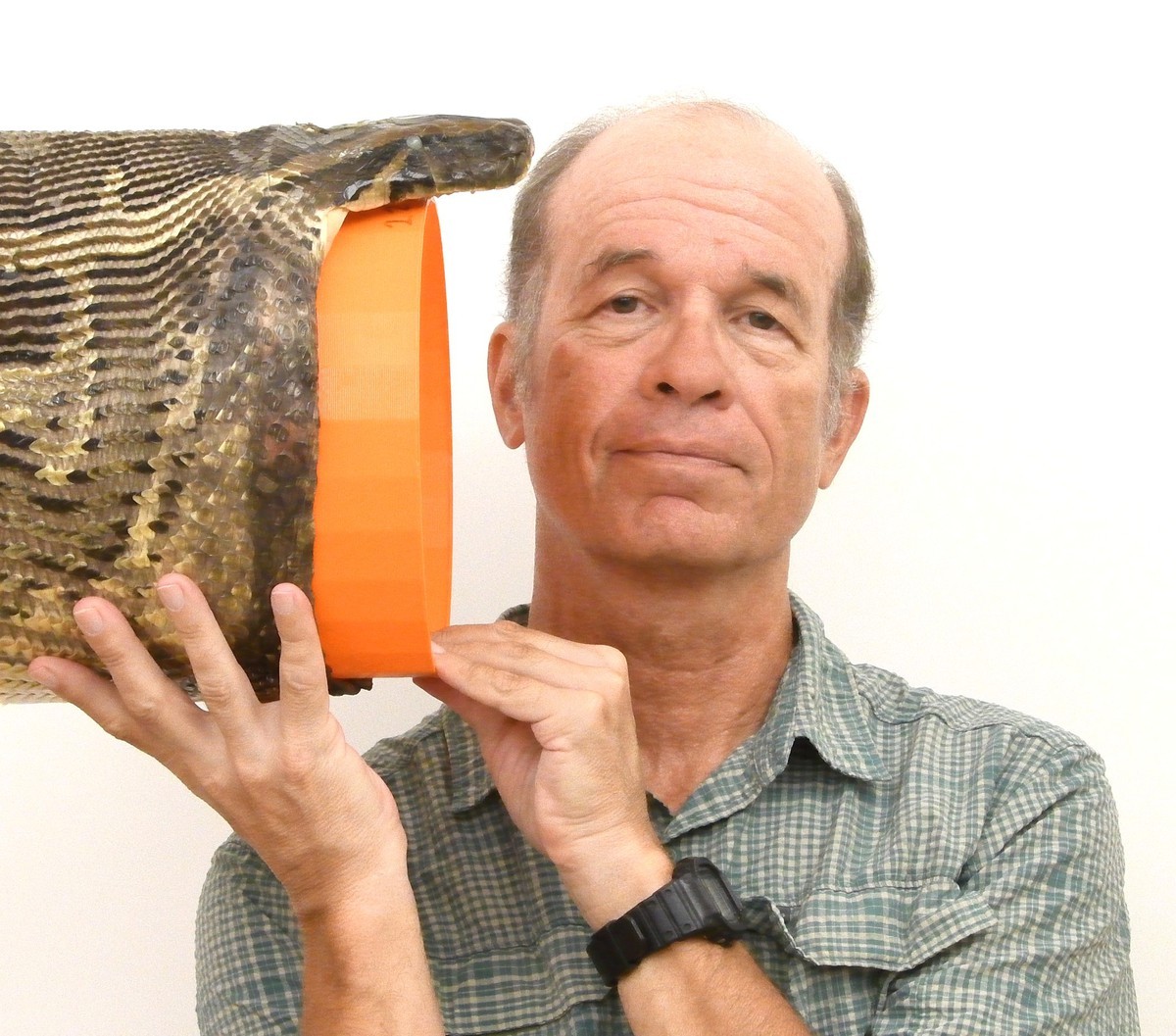 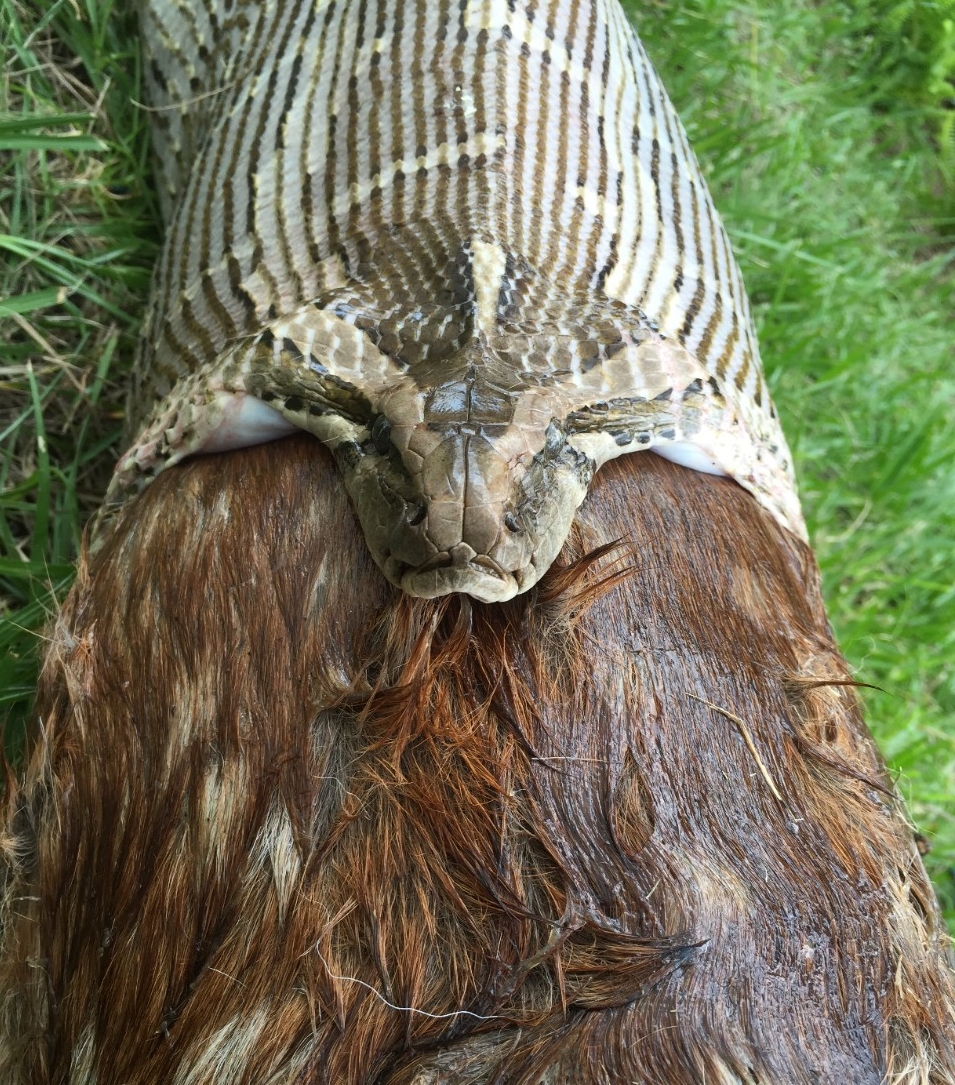