Talking the Tropics With Mike: The Atlantic goes quiet

Tropical storm Fay .... made landfall near & just northeast of Atlantic City, NJ late Fri. afternoon. Close proximity to land + some shear out of the southwest combined with some dry air generally limited the overall strength of the tropical cyclone. Like most of the storms so far this season, a short-lived tropical cyclone - only named about 36 hours. The last NHC advisory on Fay was issued Sat., July 11th.

“Fay” has a history in Jacksonville/NE Fl./SE Ga. Recall that names are repeated every 6 years (unless “retired”)... Fay in 2008 was the storm that would not go away. The tropical storm - just short of hurricane statues while offshore of Flagler Beach - made 4! Florida landfalls & dumped as much as a foot to a foot and a half of rain over NE Fl. - including 6.8″ in one day in Jacksonville on Aug. 22 - and more than 2 feet! in the Fl. Panhandle. There were also a number of waterspouts & tornadoes. One fatality occurred in Duval Co. when a vacationing family went into the ocean & the mother drowned due to rough seas & rip currents. 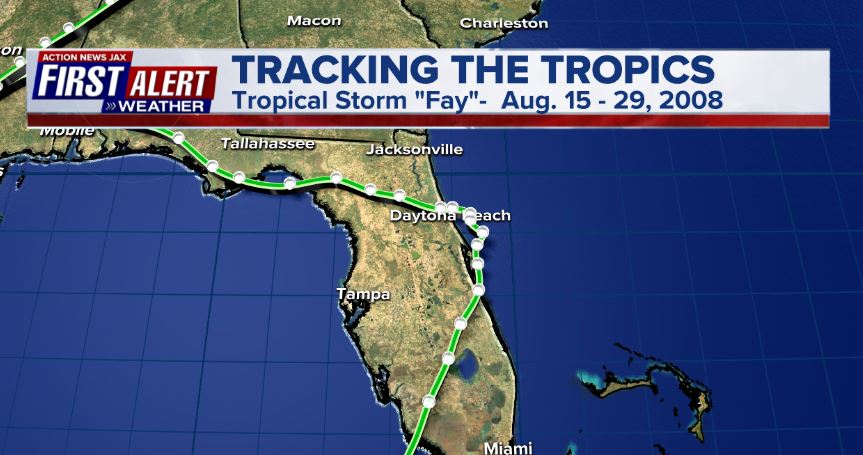 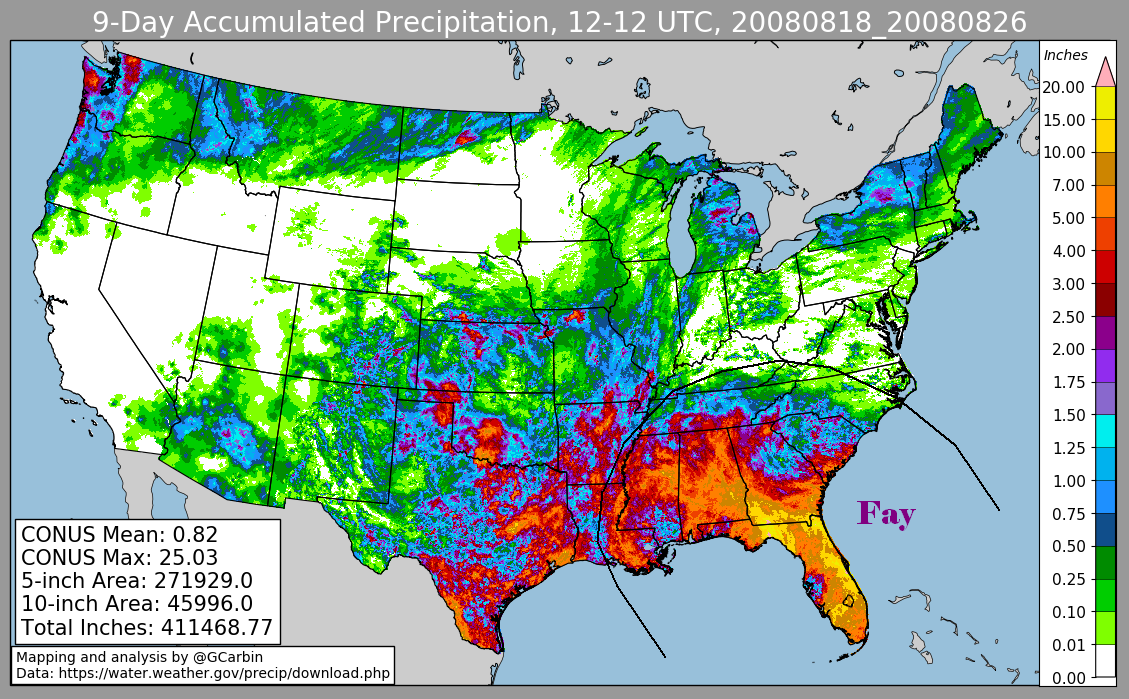 Neighborhood kids on Jacksonville’s Southside enjoying the rain & time off from school due to Fay: 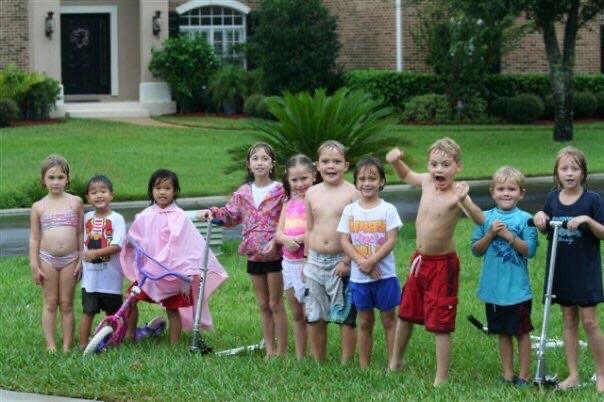 An occasional tropical wave continues to move west off of Africa but nothing of concern for now... or for this week.

Meanwhile... the Saharan dust (4th image below) remains dominant over a good part of the Central & E. Atlantic.

The recent dust “activity” - perhaps the most extensive in years a couple of weeks ago - as a whole is quite typical for June & July & is indicative of generally dry mid & upper level air which can often times inhibit tropical development. However, I’ve seen tropical systems thrive just outside the dust cloud ... or once away from the dusty atmosphere (see 2004)... so it’s not a “shoe in” that there will be no tropical development just because a lot of dust exists (see Dolly last week & Dorian last year). Other factors have to be considered such as the overall shear values across the Atlantic Basin, general vertical motion values & sea surface temps. which are nowhere near their seasonal peak yet.

Bottom line: we have a long ways to go (5 months) yet in the hurricane season with plenty of time to see the active basin we are anticipating.

As we turn the calendar to July.... the SW Atlantic & Gulf of Mexico are generally favored areas for where tropical storms &/or hurricanes first develop: 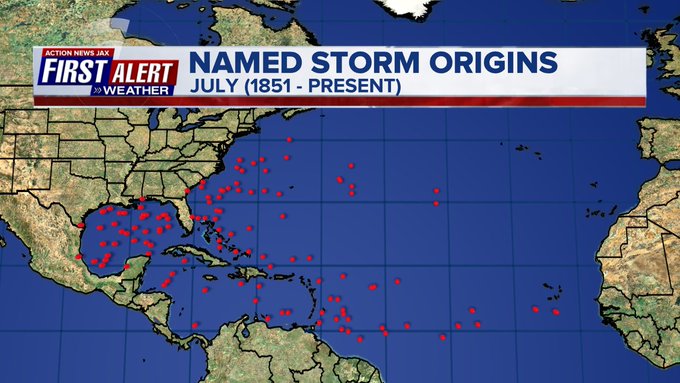 2020 names..... “Gonzalo” is next on the Atlantic list (names are picked at random by the World Meteorological Organization... repeat every 6 years... historic storms are retired (Florence & Michael last year) & Dorian is certain to be retired from the ’19 list....

Global tropical activity shows “Cristina” over the E. Pacific which will not impact any land areas: