The family of the woman abducted from a Jacksonville hospital 18 years ago told Action News Jax that they feel like their prayers have been answered.

Kamiyah Mobley has been reunited with her birth parents 18 years after she was abducted at a #Jacksonville hospital https://t.co/J2sNxEq745 pic.twitter.com/GZ00Y0bA21

"It's been 18 yrs, it's going to be hard to make that up" Craig Aiken, Meeting biological daughter in SC @ActionNewsJax pic.twitter.com/FwEtqvwPBO

A newborn who was taken from a Jacksonville hospital in 1998 has been found in South Carolina, officials said.

Mobley was taken on July 10, 1998, hours after she was born at University Medical Center, which is now UF Health Jacksonville.

The only picture at the time of Kamiyah was a composite because she was taken just hours after being born. There was also a sketch of the woman who took Kamiyah, who pretended to be a nurse. Neither had been located -- until now.

Officials received more than 2,500 tips related to the case. Tips from the National Center for Missing and Exploited Children led officials to Walterboro, South Carolina.

In Walterboro, officials found a young woman with the same date of birth but with a different name and fraudulent documents. Officials said they took DNA of the woman in South Carolina and compared it to the DNA from the missing newborn. The results came back Thursday night as a match to the missing newborn, Kamiyah.

Officials are not releasing the name that the missing girl lived under for the last 18 years. But, police said she appears to be in good health.

The suspect Gloria Williams, 51, was arrested Friday morning at her home in South Carolina.

Williams is charged with kidnapping and interference with custody. There is no statute of limitations in the case and she could face life in prison. She will be extradited back to Jacksonville. 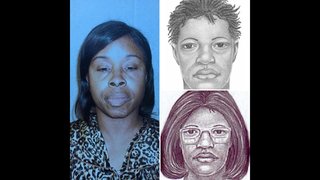 Jacksonville police said they believe Kamiyah may have known she was a kidnapping victim.

There is no other suspects in the case at this time. JSO said it is an ongoing investigation.

The biological family was notified Friday and they were elated, JSO said.

Officials said any contact between Kamiyah and her biological family in Jacksonville will be up to her as she is now an adult.

Source:Tip lead to women accused of taking Kamiyah Mobley, DNA swab revealed she was not the mother. @ActionNewsJax pic.twitter.com/BfXqimstMm

She had a another name, fraud docs relating to her identity.

#JSO Sheriff: "She has a lot to process."
Says #KamiyahMobley believed suspect was her mom. He's not sure if she's coming back to Jax.

#KamiyahMobley - Tip received from @MissingKids which got the investigation rolling for us. #JAX #JSO #Jacksonville

#KamiyahMobley - We believe the victim may have known she was a kidnapping victim. #JAX #JSO #Jacksonville

#JSO Sheriff: Will not release info on origin of the tip that led to #KamiyahMobley

#JSO Sheriff: #KamiyahMobley will be asked to play a role in this investigation.

#JSO Sheriff: Says any contact between #KamiyahMobley & her biological family in Jacksonville will be up to her.

Grandmother of Kamiyah Mobley says she prayed for this day #anjaxbreaking