Jacksonville, FL — The next “Buresh Blog” update will be the week of June 13th.... “Talking the Tropics With Mike” is updated every day through Nov. 30th.

The ‘22 Atlantic hurricane season is underway! The season is expected to be active but in the end, the barometer of a hurricane season is directly proportional to any landfalls & the intensity/damage upon landfall. Always be prepared & realize there will be changes in forecasts - stay up to date! 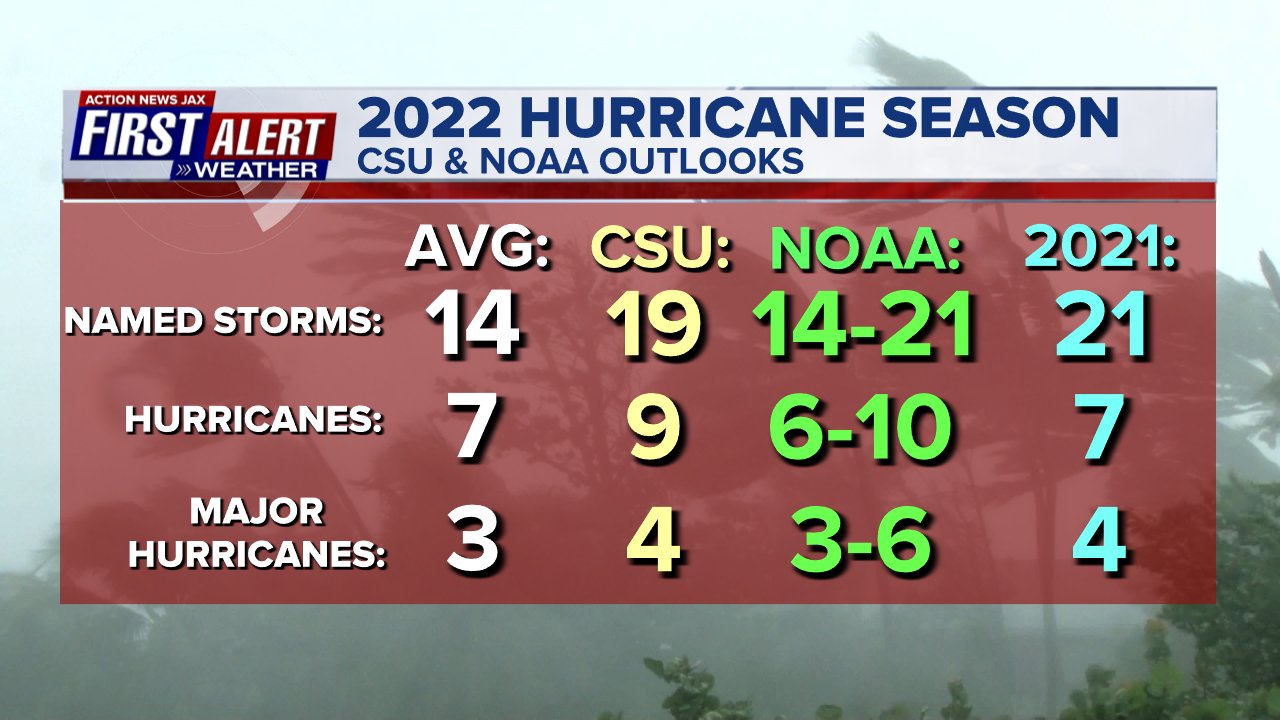 “Alex” is the first name on the Atlantic list (“Agatha” was first on the E. Pacific list & came ashore as a Cat. 2 hurricane Mon. afternoon). The names repeat every 6 years, so this year’s list includes some infamous storms... several of which have been retired. Tropical storm “Bonnie” (still on this year’s list) in 2004 dropped a F-2 tornado on Jacksonville’s northwest side... “Charley” in 2004 (replaced with “Colin” which dropped a tornado in W. Duval Co. June 6th, 2016) was a powerful Cat. 4 hurricane that made landfall on the southwest coast of Fl. near Punta Gorda... hurricanes “Frances” (replaced with “Fiona”) & “Jeanne” (replaced with “Julia”) hit at the exact same place just two weeks apart in 2004 near Stuart, Fl.... “Ivan” (replaced with “Ian”) in 2004 plowed into the Fl. Panhandle near Pensacola. “Matthew” (replaced with “Martin”) grazed the coast of NE Fl. in 2016 causing damage at area beaches as well as power outages that lasted for days.

June is here! June marks the start of the NE Fl./SE Ga. “wet season” when more than half of the annual ~53″ of rain fall from June through Sept. thanks to a nearly daily active sea breeze + tropical waves, systems & cyclones. The averages for the month at JIA: 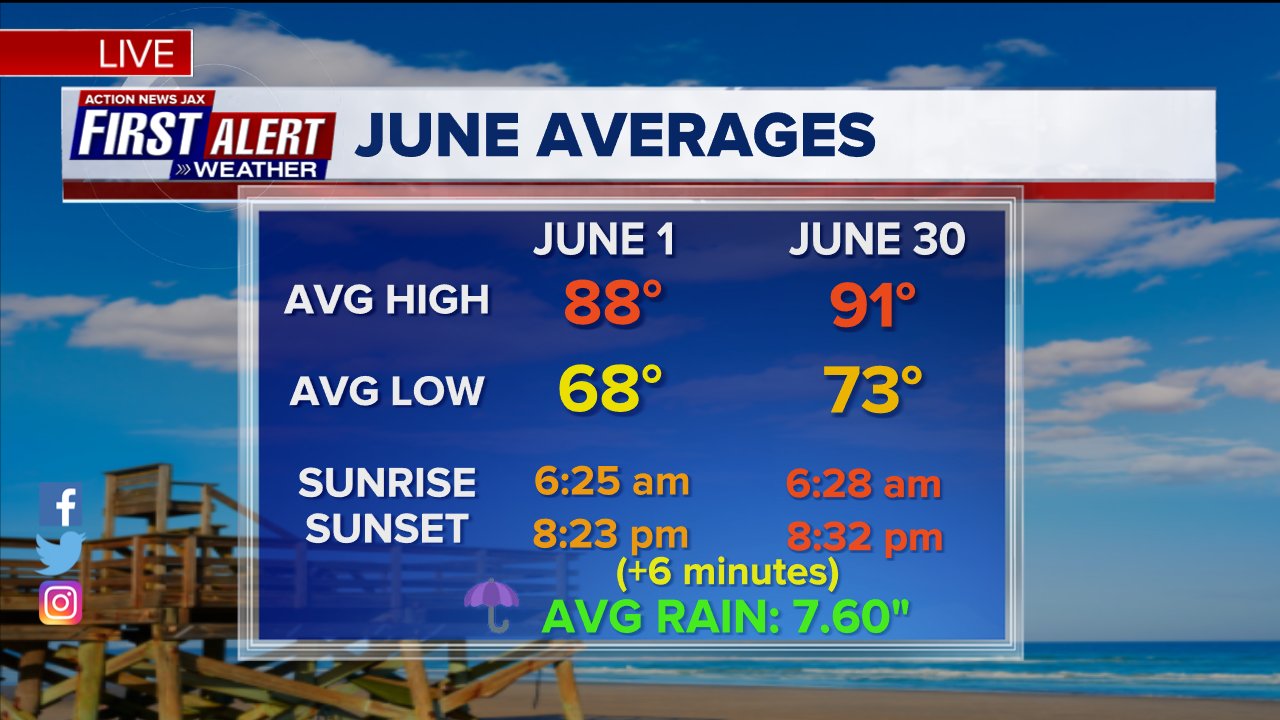 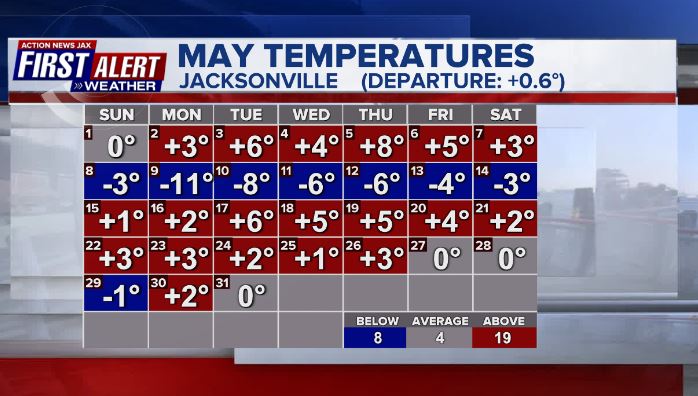 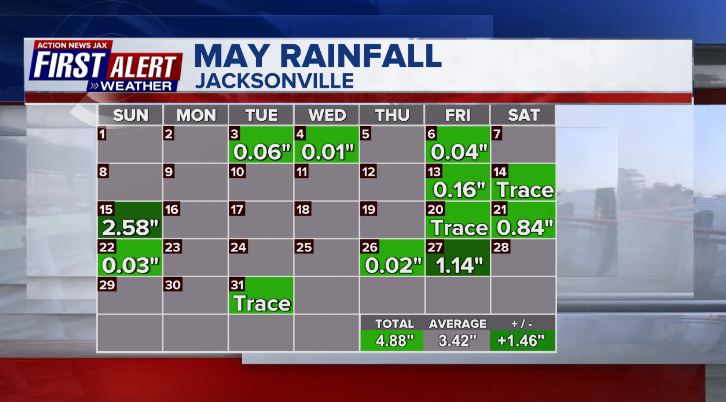 An online tornado survey from NOAA: 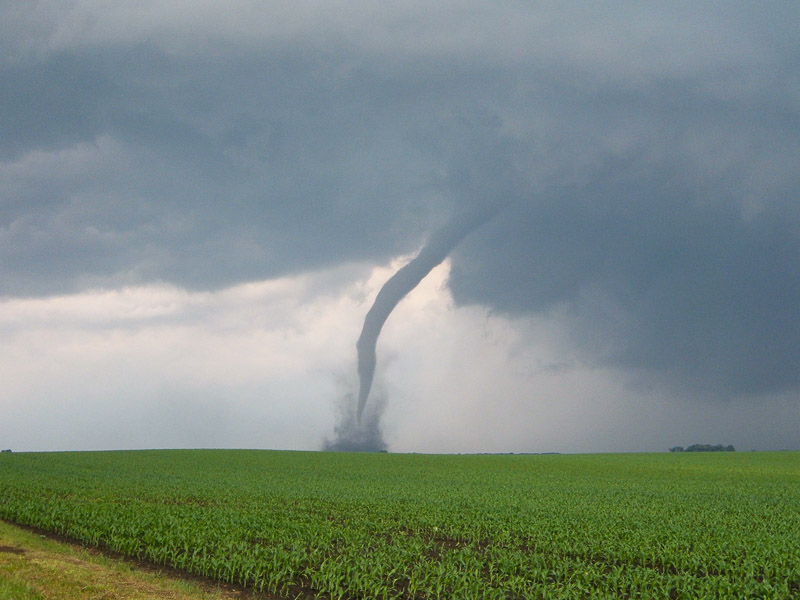 Has a tornado hit your house or your community? Have you received a tornado alert? NOAA scientists want to hear your story.

The new Tornado Tales citizen science tool is an online survey that provides a way for people to anonymously report their tornado experiences. Developed by researchers at the NOAA National Severe Storms Laboratory (NSSL), the tool will be used to better understand how people receive, interpret and respond to tornado information from NOAA.

The survey asks basic questions to collect information about an individual’s responses to warnings and watches, including how they prepared for and monitored the weather and what safe space they used to shelter when a warning was issued by NOAA’s National Weather Service. This information can help NOAA identify areas where warning messages may not be resulting in the most safe and effective actions. This knowledge will help NOAA hone safety messages.

“While NOAA collects a lot of physical science data about storms from satellites and radars, the weather community has much less information about what people actually do when tornadoes strike,” said project coordinator Justin Sharpe, research scientist with the Cooperative Institute for Severe and High-Impact Weather Research and Operations (CIWRO) working at the NOAA NSSL. “We created this citizen science tool so that people can come to us and share their stories. This information will help us improve weather communication used to keep people safe.”

“Understanding people’s experiences gives scientists a much better picture of where research is needed, whether it’s research to improve safety messages or to assess the need for local changes, such as developing reasonable shelter options,” Sharpe added.

Like the sensors meteorologists use to study the atmosphere, Tornado Tales is designed to gather information, in this case about what people affected by weather are really doing and generate a more robust set of observations than NOAA social scientists currently have available.

The information gathered by the Tornado Tales tool can also be used by other social scientists, local emergency managers and NOAA’s National Weather Service forecasters to inform research and community engagement activities.

A look back at some weather history: 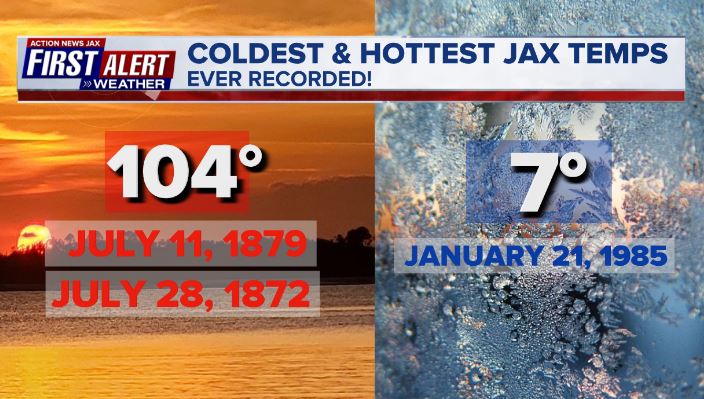 Jacksonville temp. records go back more than 150 years all the way back to 1871. In a perfect world, the thermometer would never be moved, but that’s rarely the case for any weather reporting station in the U.S. The thermometer has been located at JIA since 1971. 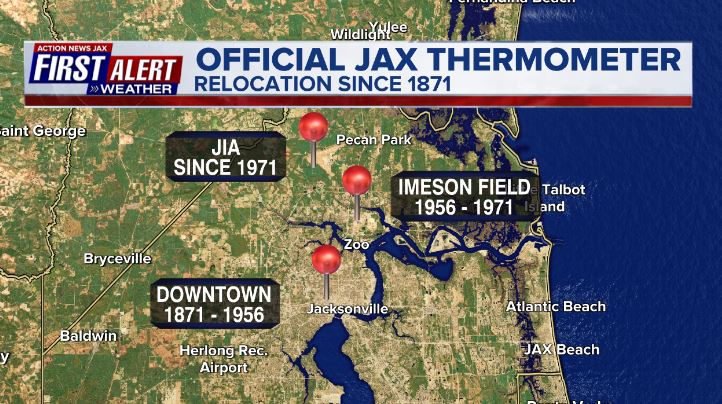 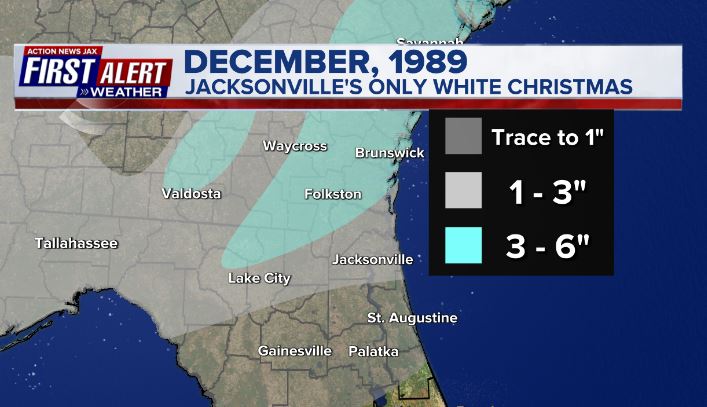 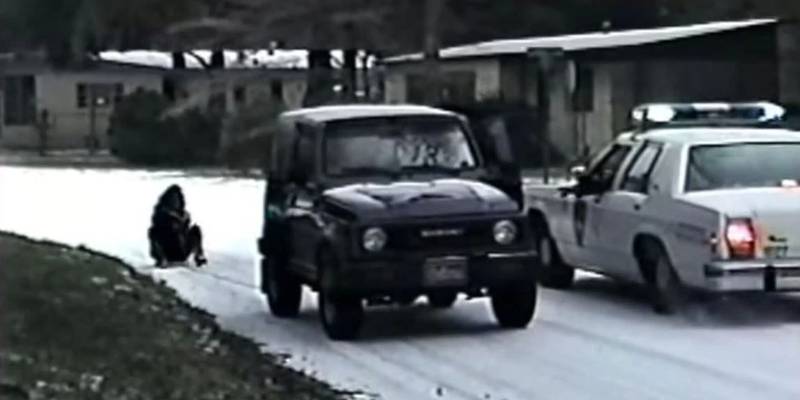 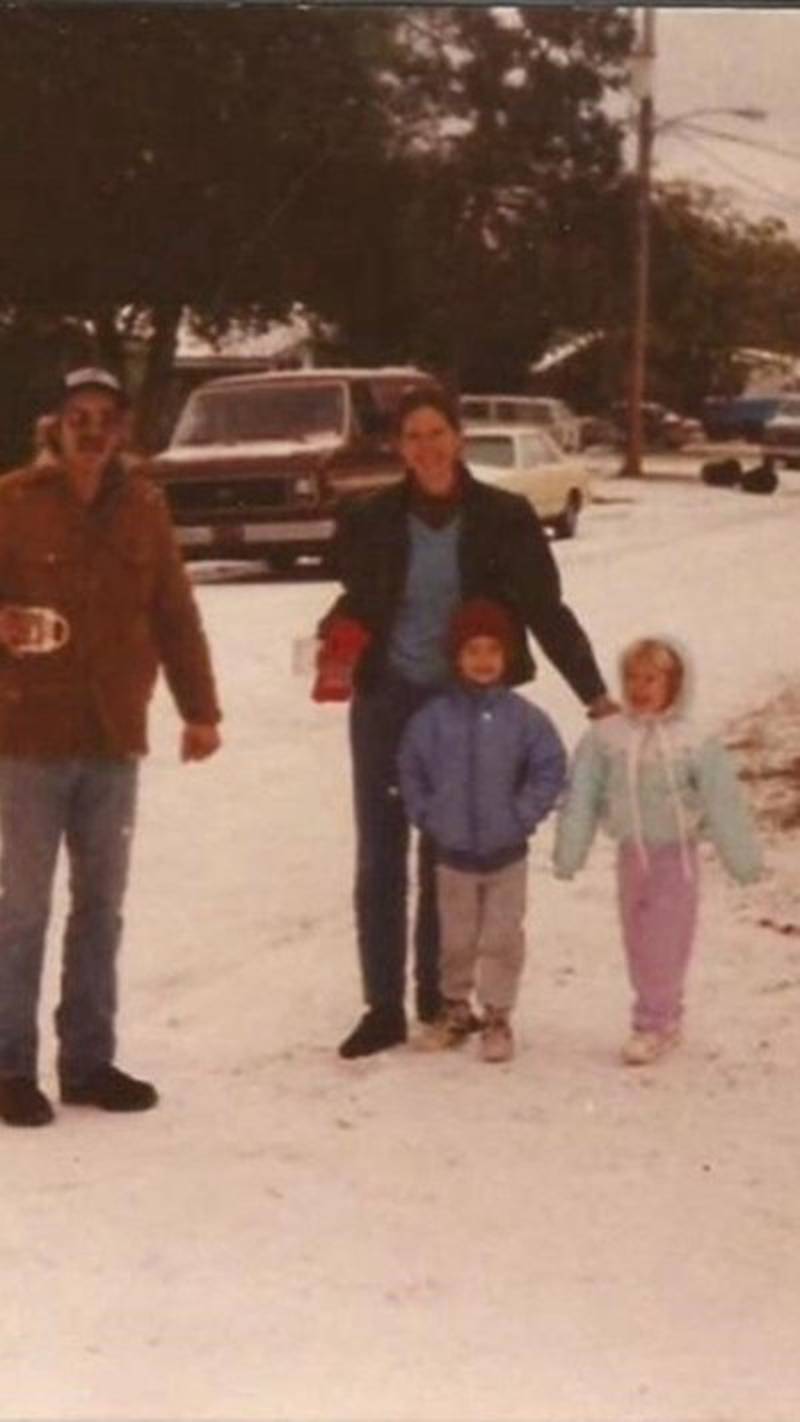 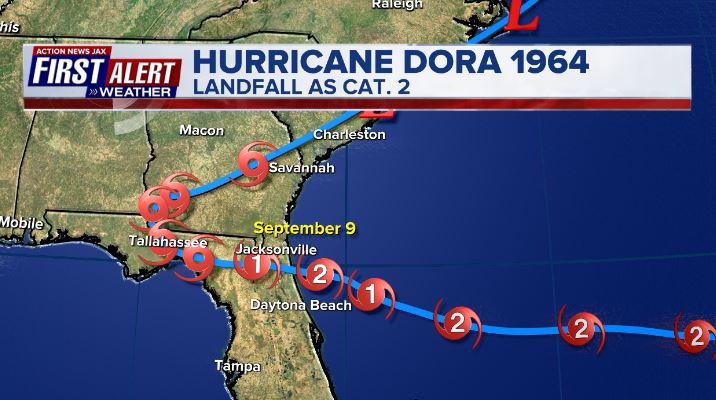 After Dora’s wrath, President Johnson visited the area Sept. 11 to declare a national disaster just after the Beatles still played the before immediately after the storm! Story from the Jacksonville Historical Society * here *... pics below:

Hurricane Floyd moved just east of Florida in Sept., 1999 & resulted in one of the greatest peacetime evacuations in U.S. history. For Jacksonville, FL., the evacuation was a big bust & resulted in a lot of frustrated drivers trying to get away from the coast. In the end, the eye of Floyd stayed well offshore though wave action did damage the Jax Beach pier.

#firstalertwx mass evacuation of the eastern seaboard for Hurricane Floyd in 1999 - a miss for Jacksonville but the evacuation remains very memorable #FirstAlertWx pic.twitter.com/tzuUzpxTyR

The 2004 hurricane season is remembered for multiple hits on Florida over a relatively short period of time - less than 2 months. Tropical storm “Bonnie” dropped a F-2 tornado on Jacksonville’s northwest side. Frances & Jeanne made landfall at the same spot north of West Palm Beach & eventually led to strong tropical force winds for Jacksonville leaving behind a good deal of tree and power line damage that took months to clean up.

Busy 2004 hurricane season hammered Fl. with a good deal of damage for Jacksonville/NE Fl./SE Ga. including 1 death in Clay Co. when a tree fell on a teenager. Damage from Charley, Frances, Jeanne & Ivan was much more severe in other parts of Fl. #FirstAlertWx pic.twitter.com/q0scJJ4gvt 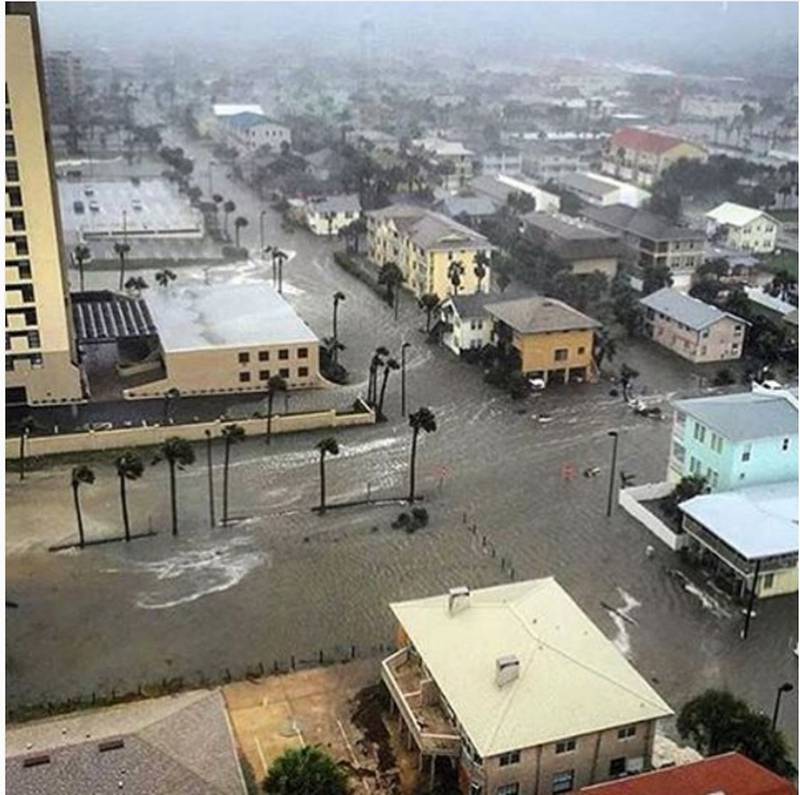 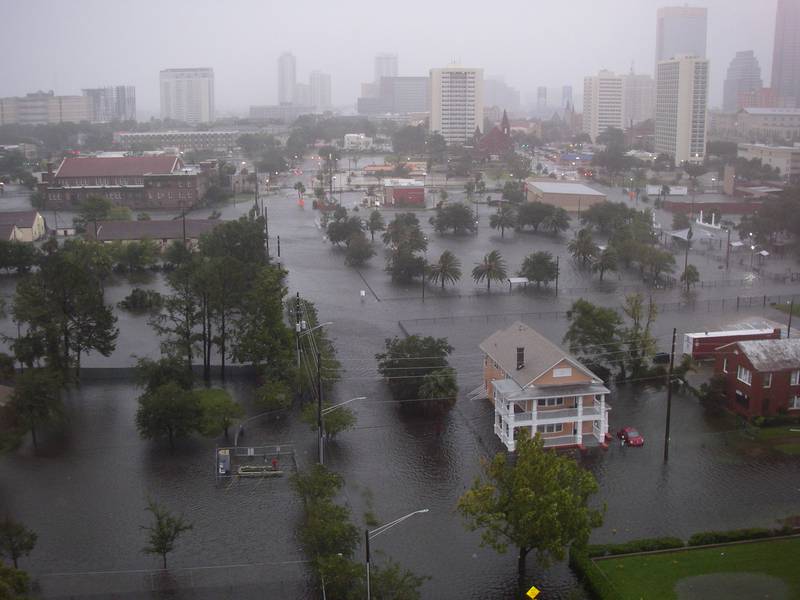