The last advisory on “Isaias” was issued early Wed., Aug. 5th after becoming absorbed by a large nontropical system over SE Canada.

Low pressure/tropical wave ’92-L’/‘Potential Cyclone Nine’ was upgraded to tropical storm Isaias Wed. evening while over the Eastern Caribbean.... moved over Eastern Dominican Republic Thu. afternoon then offshore & quickly reorganized becoming the 2nd hurricane of the Atlantic season a little before midnight. Isaias quite literally fell apart Sat. afternoon while crossing Andros Island of the Bahamas & the mid & low level centers have pretty much been disjointed ever since. But at the last minute, Isaias strengthened into a hurricane Mon. evening, Aug. 3rd before coming ashore about 11:15pm EDT near Ocean Isle Beach, NC with max sustained winds near 85 mph & min central pressure of 988mb/29.18″. It’s the fifth season in a row with 2 or more U.S. landfalls & the earliest on record to have 5 named storms hit the U.S. breaking the record of 5 Aug. 18, 1916. Isaias was the 5th July named storm over the Atlantic which ties the record for the month set in 2005. And it marks the fastest to ‘I’ beating the previous record set by “Irene” in - when else - 2005. 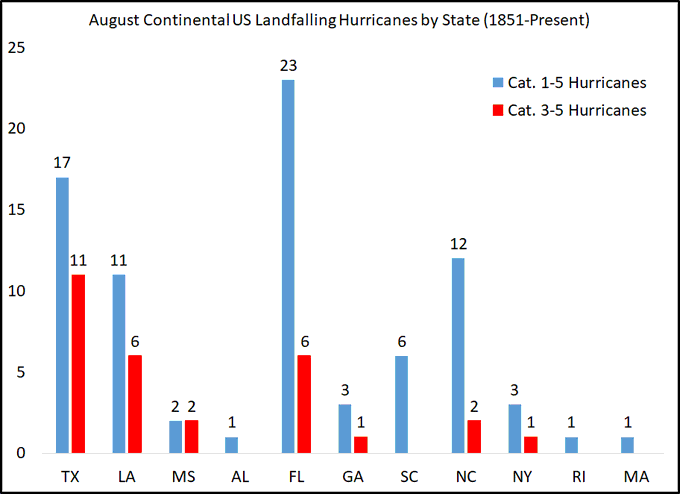 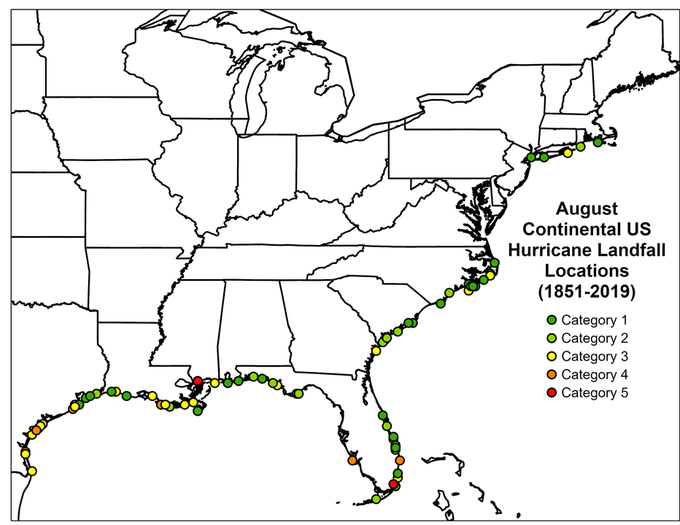 Meanwhile... a tropical wave has limited potential to develop some over the Central Atlantic while holding nearly stationary or drifting some to the west. Significant development does not appear likely.

One area to keep an eye on in the long run might be the NW Caribbean &/or Southern/SW Gulf of Mexico. Tropical waves are marching west at fairly low level latitudes driven by the strong Bermuda high, & we might see “late bloomer” by mid month.

Dr. Klotzbach, CSU early Aug. updated hurricane season forecast is predicated on warm ocean water & at least a weak equatorial Pacific La Nina. If the forecast below verified (includes what has already occurred), it would be one of the most active Atlantic hurricane seasons on record. 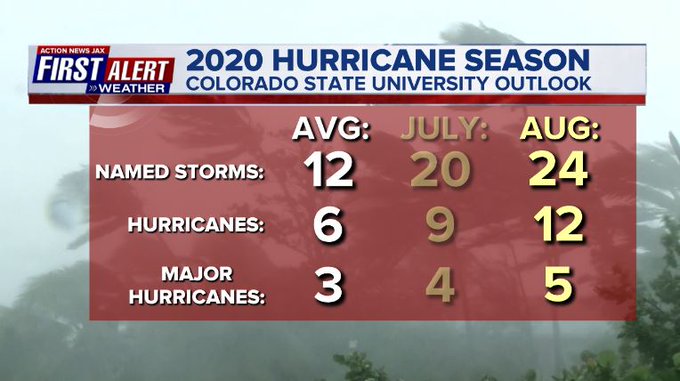 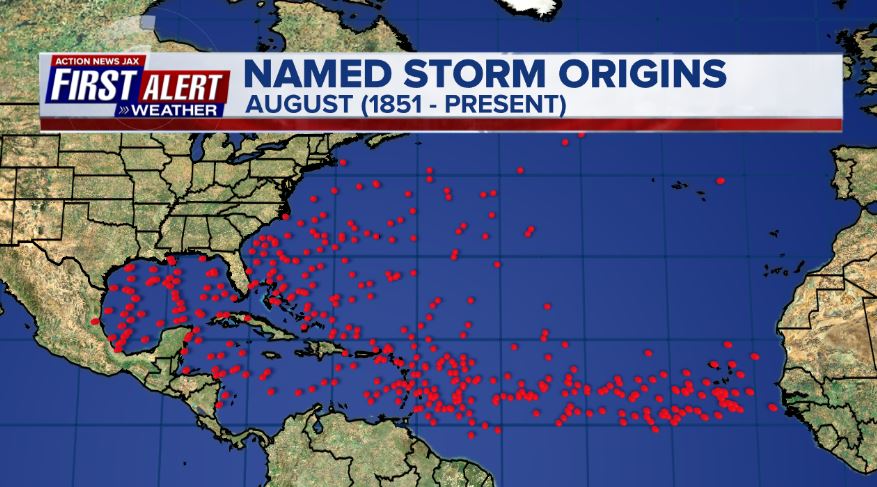 ‘A nightmare:’ Janitor, 72, trapped in Orange County courthouse for 3 days prepared to sue