“Cloud” of Saharan dust continues over the Atlantic ....

Quiet conditions over the Atlantic Basin with no tropical development through the weekend into at least the upcoming week. There is a large area of disorganized showers & storms over the W. Atlantic that may yield low pressure by Sunday/Mon. hundreds of miles NE of Jacksonville. Little development is expected as the low moves northeast further out to sea.

In addition... low pressure is developing over the Central Atlantic & will meander for at least the next several days before gradually turning north then northeast. Some subtropical development is possible but will be no threat to any land areas.

An interesting tweet from hurricane researcher Phil Klotzbach on the mid June state of sea surface temps. A comparison vs. high ACE (accumulated cyclone energy) hurricane seasons currently shows similarities. The upshot: yet another indication of a potentially active hurricane season. Of course, how “bad” a season is perceived will not be simply dictated by an active season (high number of storms) but rather where & how strong any landfalls are. 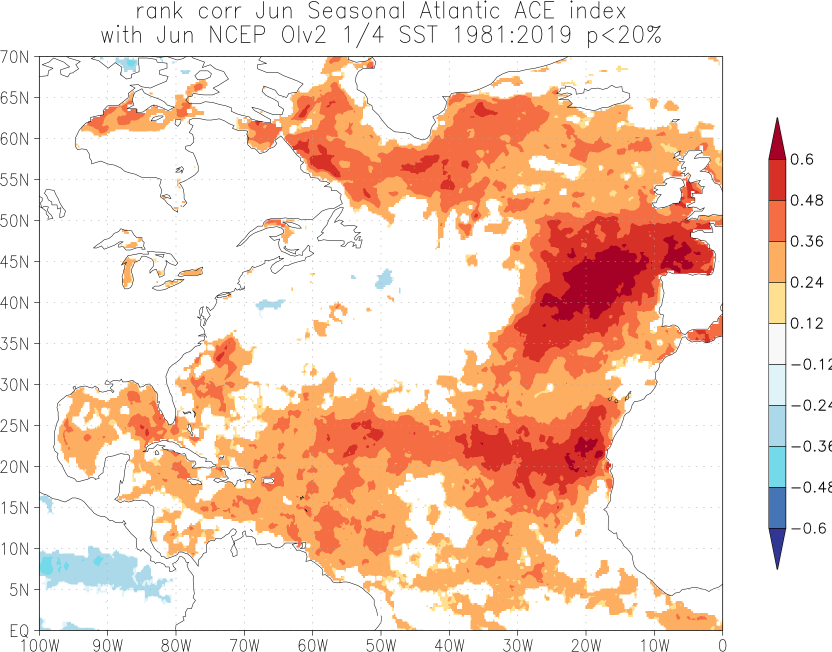 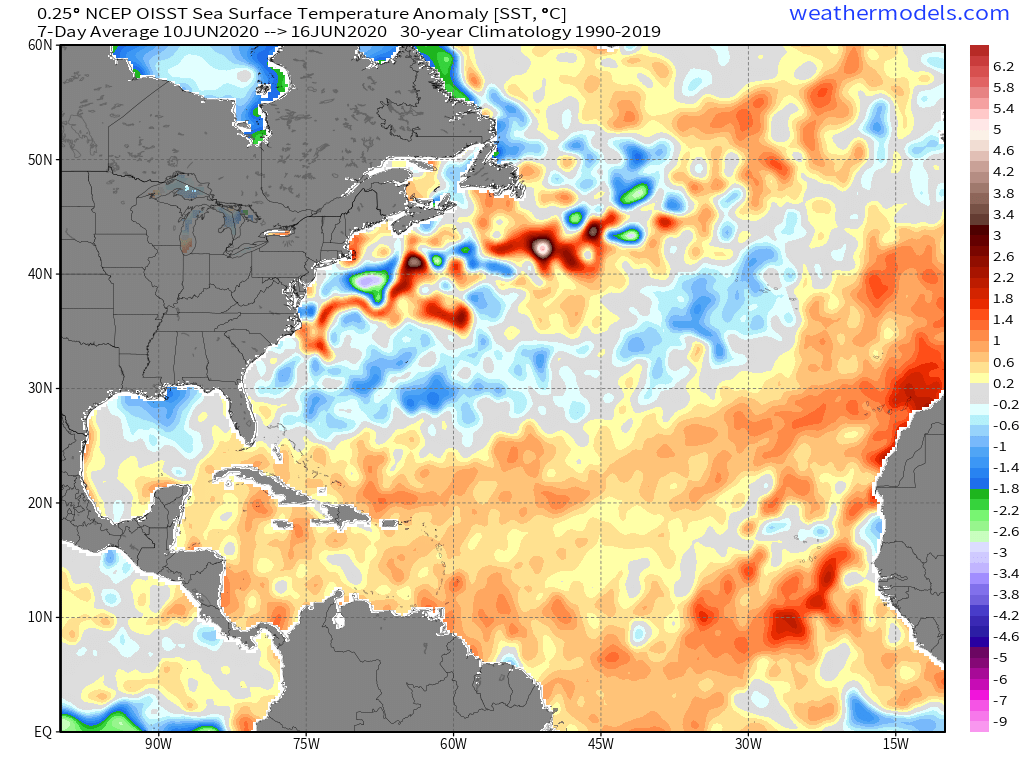 Meanwhile... a good deal of Saharan dust (5th image below) is over the Central & Eastern Atlantic. Such large dust clouds are quite typical for June & July & is indicative of generally dry mid & upper level air which usually inhibits tropical development. However, I’ve seen tropical systems thrive just outside the dust cloud ... or once away from the dusty atmosphere (see 2004)... so it’s not a “shoe in” that there will be no tropical development just because a lot of dust exists. Other factors have to be considered such as the overall shear values across the Atlantic Basin, general vertical motion values & sea surface temps. which are nowhere near their seasonal peak yet.

2020 names..... “Dolly” is next on the Atlantic list (names are picked at random by the World Meteorological Organization... repeat every 6 years... historic storms are retired (Florence & Michael last year) & Dorian is certain to be retired from the ’19 list....