The 2022 hurricane season is underway & continues through Nov. 30th. “Alex” is the first name on the Atlantic list (”Agatha” was first on the E. Pacific list & came ashore as a Cat. 2 hurricane Mon. afternoon). The names repeat every 6 years, so this year’s list includes some infamous storms... several of which have been retired. Tropical storm “Bonnie” (still on this year’s list) in 2004 dropped a F-2 tornado on Jacksonville’s northwest side... “Charley” in 2004 (replaced with “Colin” which dropped a tornado in W. Duval Co. June 6th, 2016) was a powerful Cat. 4 hurricane that made landfall on the southwest coast of Fl. near Punta Gorda... hurricanes “Frances” (replaced with “Fiona”) & “Jeanne” (replaced with “Julia”) hit at the exact same place just two weeks apart in 2004 near Stuart, Fl.... “Ivan” (replaced with “Ian”) in 2004 plowed into the Fl. Panhandle near Pensacola. “Matthew” (replaced with “Martin”) grazed the coast of NE Fl. in 2016 causing damage at area beaches as well as power outages that lasted for days.

An area of “disturbed” weather - scattered showers & heavy thunderstorms - is near the Yucatan Peninsula. Some of this storminess includes tropical moisture from Agatha & possibly even some mid & upper level “energy” from the former E. Pacific tropical cyclone. In any case... weak low pressure is expected to eventually develop between the Yucatan Peninsula & the Florida Keys & move east/northeast. While sea surface temps. are seasonally warm - 80+ degrees F - over the Gulf & Caribbean & could help support a tropical system... & mid & upper level moisture is plentiful... shear out of the west is strong - 30+ mph - & will likely keep what could become Alex heavily weighted with its heavy rain & some wind on the east side of the potential circulation. Such shear *should* limit the overall strength of this low pressure area.

The GFS model & European model have had pretty wide differences - especially in location - over the last several days but have been slowly coming into better agreement. The general trend & track would seem to be east/northeast nearing Fl. by Saturday or so then continuing northeast to the W. Atlantic east of Fl. while turning more N/NE for a while over the W. Atlantic before resuming a more northeast track to open sea by the middle of next week. The UKMET model is a pretty good compromise between the GFS (more south & weaker) & the European (more north, a bit stronger). On this track - of what looks to be a weaker system heavily weighted on the east side - heavy rain will be the main concern for Central & especially South Florida while NE Fl./SE Ga. is on the northern fringe of any possible local impacts.

So.... for Jacksonville/NE Fl./SE Ga. based on the *current* forecast & highly dependent on the exact strength & location of any storm:

* some uptick in rip currents 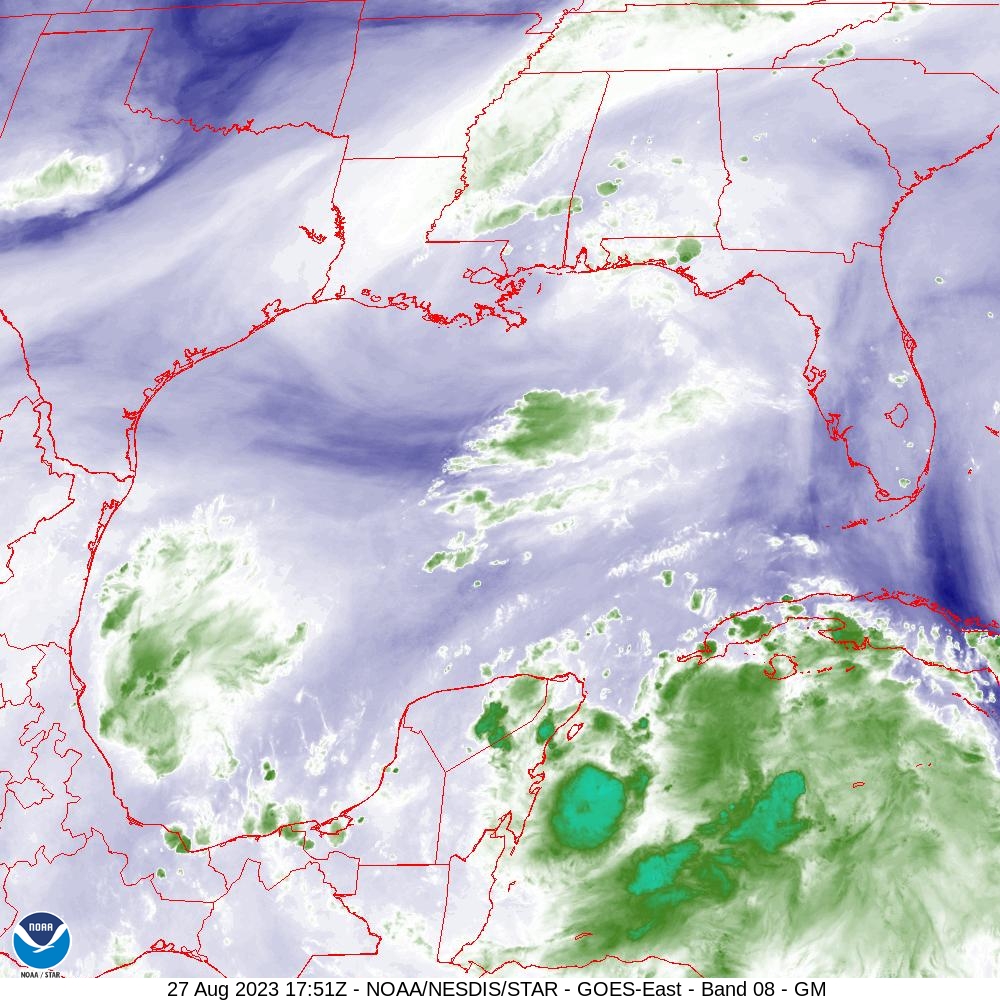 2022 names..... “Alex” is the first name on the Atlantic list (names are picked at random by the World Meteorological Organization... repeat every 6 years... historic storms are retired [Florence & Michael in ’18... Dorian in ’19 & Laura, Eta & Iota in ‘20 & Ida in ‘21]). The WMO decided - beginning last year - that the Greek alphabet will be no longer used & instead there will be a supplemental list of names if the first list is exhausted (has only happened three times - 2005, 2020 & 2021). The naming of tropical cyclones began on a consistent basis in 1953. More on the history of naming tropical cyclones * here *.